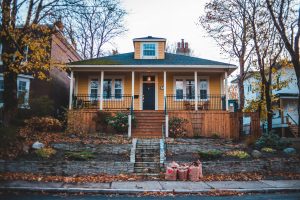 A welcome sign—which points to a continuously improving economy—is that homes in low-income Opportunity Zones are keeping pace with the real-estate market as properties in 62% of these areas saw an increase in values during the third quarter.

Low-income Opportunity Zones were established by Congress in the Tax Cuts and Jobs Act of 2017. This created a collection of 5,402 economic zones consisting of census tracts and low-income neighborhoods that meet requirements for redevelopment as designated by the Internal Revenue Service and the U.S. Census Bureau. These economic zones are in all 50 states and the District of Columbia.

In a quarterly report released by ATTOM on the status of these areas, it found that median single-family home and condo prices increased from the second quarter of 2021 to the third quarter of 2021 in 62% of Opportunity Zones around the country. Furthermore, in 47% of the zones prices have risen by at least 20% annually.

The report notes that while prices have increased in these zones, they still trailed values seen by the market as a whole; only about 25% of the zones are priced at or above the national average of $310,500.

“Median values also remained under $200,000 in 53% of Opportunity Zones in the third quarter of this year,” the report said. “But that was down from 57$ in the second quarter of 2021 and 63% a year earlier as values inside some of the nation’s poorest communities kept up with broader national housing market gains despite the Coronavirus pandemic remaining a threat to the U.S. economy.”

To put the data a different way, prices spiked by at least 25% in the third quarter, measured year-over-year, in four of every 10 Opportunity Zones, compared to three of every 10 communities in the rest of the country.

“The third quarter of 2021 was just like the second, which was pretty much like the first when it came to home prices in some of the more distressed neighborhoods around the United States. Values in markets scattered through so-called Opportunity Zones kept rising at around the same pace seen in more upscale areas, as the housing-market boom kept lifting fortunes just about everywhere,” said Todd Teta, Chief Product Officer with ATTOM. “Home values in Opportunity Zones are still very low relative to other areas. But the ongoing gains showed that lots of households are buying in those areas—something that should lure the attention of investors looking to take advantage of Opportunity Zone tax breaks.”

Other key findings from the report include: