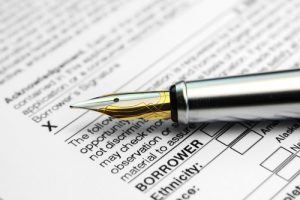 The total number of loans in forbearance took a slight uptick in the latest data from the Mortgage
Bankers Association's (MBA) Forbearance and Call Volume Survey.

As of Nov. 15, loans in forbearance accounted for 5.48% of servicers’ portfolio volume, up from
5.47% one week earlier. The MBA estimated 2.7 million homeowners are currently in
forbearance plans.

“A marked slowdown in forbearance exits, as well as a slight rise in the share of Ginnie Mae,
portfolio, and PLS loans in forbearance, led to an overall increase for the first time since early
June,” said MBA SVP and Chief Economist Mike Fratantoni. “The decline in exits in the prior
week follows a flurry of them last month, when many borrowers reached the six-month point in
their forbearance terms.”

When measured by stage, 21.32% of total loans in forbearance were in the initial forbearance
plan stage as of Nov. 15 while 76.76% were in a forbearance extension and the remaining 1.92%
were forbearance re-entries. Total weekly forbearance requests as a percent of servicing portfolio
volume increased relative to the prior week saw a scant increase from 0.08% to 0.09%.

Of the cumulative forbearance exits for the period from June 1 through Nov. 15, 2020, the MBA
determined that 30.5% represented borrowers who continued to make their monthly payments
during their forbearance period, 24% resulted in a loan deferral/partial claim and 16.8% resulted
in reinstatements in which past-due amounts are paid back when exiting forbearance.
The MBA also found 12.9% of forbearance exits were due to borrowers who did not make all of
their monthly payments and exited without a loss mitigation plan in place yet, while 7.1% of
exits resulted in loans paid off through either a refinance or by selling the home, 6.8% resulted in
a loan modification and 1.9% resulted in repayment plans, short sales, deed-in-lieus or other
reasons.

Weekly servicer call center volume remained unchanged during this period at 8.3% while the
average speed to answer decreased from 2.4 minutes to 2.3 minutes. Abandonment rates
decreased from 6.3% to 5.4% and the average call length dipped slightly from 8 minutes to 7.8
minutes.

“Incoming housing market data remain quite strong, with existing-home sales in October
reaching their fastest pace since 2005, and the inventory of homes on the market hitting a record
low,” Fratantoni added. “However, renewed weakness in the latest job market data indicate that
many homeowners are continuing to experience severe hardships due to the pandemic and still
need the support that forbearance provides.”