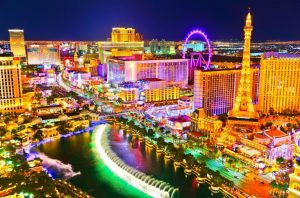 Though home purchases at foreclosure auctions and sales of foreclosed or underwater homes used to dominate the Las Vegas home market, making up 73% of resales in the area in 2011, that number is down to just 3.3%, the Las Vegas Review-Journal [1]reports.The Review Journal reports that, according to the Greater Las Vegas Association of Realtors, sales of underwater or foreclosed homes are “near historically low levels,” comprising just 2.4% of resales last month, and distressed sales are have essentially vanished.

The city’s dwindling volume of vacant homes is another mark for recovery in Las Vegas. Earlier this year, Review-Journal reported [2] that the housing market in Las Vegas was stabilizing for the first time in decades.

The Greater Las Vegas Association of Realtors (GLVAR) found that buyers purchased 3,168 single-family houses in August, which is up 0.3% in July and an annual increase of 3.1%. Fewer homes were on the market in August at 7,766, which is down 0.5% from the prior month.

Las Vegas was “ground zero” for the real estate bubble in the mid-2000s, mostly due to growing property values, rising construction, and home flipping. According to the GLVAR, the average price of single-family homes peaked in June 2006 at $315,000—$398,300 in today’s money—nearly $88,100 above last month’s average.

Southern Nevada was also hit hard during the Great Recession as foreclosures, falling property values, and abandoned real estate projects. The median-sales price of a single-family house hit $118,000 in January 2012, which is 62.5% drop from the peak.

The Review-Journal states that Las Vegas home prices have been a “roller coaster” over the past 15 years. Janet Carpenter, President of the GLVAR, said prices soared in the mid-2000s, fell in the Great Recession, and have been “ramping back up” since 2012.

“If you look at it that way, I guess you can say we’re coasting along right now,” Carpenter said.