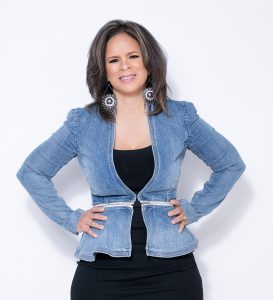 An October article from The Washington Post revealed that black homeownership has been hit hardest by rising student debt. Additionally, the homeownership gap between black and white homeowners is at its highest level in over 50 years, according to research by the Urban Institute.

“African Americans are already being left out of the housing market and that’s exacerbating levels of inequality in this country,” said Lawrence Yun, Chief Economist and SVP of research at the National Association of Realtors. “There’s a kind of urgency now within the housing community to bring younger African American buyers into real estate.”

However, according to Melanie Gamble, Broker/Owner of 212 Degrees Realty in Upper Marlboro, Maryland, that only tells half the story. Gamble chronicled the struggle communities of color have faced since the Great Recession in her book, Unintended Consequences.

Gamble said minority homeownership is nearing record lows, even dating back before the 1960s when people of color were able to purchase homes. The U.S. Census Bureau reported that the African-American homeownership rate for Q3 2019 was 42.7%—far below the national average of 64.8%.

“Of course the entire nation was impacted,” Gamble said of the effects of the Great Recession, “but it impacted communities of color a lot worse. And unfortunately, we have not been able to recover at the same rates as other communities.”

“Unfortunately, a lot of people of color purchased homes with loans that were later deemed to be predatory. Homes were appreciating at a rapid rate and purchasers were being told, don’t worry, you can always refinance,” she said. “Once the recession hit and the market started to shift, you saw home values decline by as much as 50% in some communities and the possibility of refinancing vanished.  Without any other real wealth, the net worth of African-Americans essentially disappeared as a lot of homeowners found themselves upside down on their mortgage.”

Gamble said one of the best things to happen to African-American homeowners over the past decade was President Barack Obama’s HARP program. The HARP program allowed people the opportunity to refinance who were underwater. She also said the Mortgage Forgiveness Act was beneficial in not double penalizing people who may have lost their home.

“It was just really, really unfortunate that a lot of the lenders in the beginning of the crisis were not as flexible as they are today and working with people,” she said.

“It's all kinds of smoke and mirrors,” she said. “I don't think too much will happen next year because we're in an election year—but I believe after the election we'll see some changes and unfortunately I think we'll start to see interest rates rise again and we'll really start to see affordability coming into play.”

In her book, she continues, takes a historical look at housing laws, and found that communities of color lacked financial literacy.

“If all you had was the equity you were building in your home and then that disappears, there you go,” Gamble said. “One of the biggest things I found was that there is such a lack of financial education.”

In her book, Gamble said her passion for real estate began nearly two decades ago when her grandmother, or as she called her, “Bigmama,” passed away and left her land in Daphne, Alabama.

However, Gamble was never able to enjoy that land as her grandmother forgot to pay the property taxes on it. An investor purchased it for just $1,000 during an auction. Gamble said she was “heartbroken.”

“I channeled my frustration into something positive,” she said. “By June, I was taking my first real estate course at Professional Development Institute in Silver Spring, Maryland. By September I was a licensed agent.

“I knew if the loss of property could happen so easily to my family in Daphne, Alabama, it could likely happen just about anywhere to anyone.”

Gamble said that it has now become her “mission” to educate people about homeownership, and that REO has allowed her to be in the community and reach people still feeling the effects of the Great Recession.

“I do my best to make sure that they have a dignified transition and that they don't feel any less than what they may already be feeling,” she said.