This expansion in annualized growth rate pushed the aggregate unpaid principal balance of the portfolio to $309.3 billion as of the end of October. This balance is still $30 billion lower than the 2016 cap of $339.3 billion, which is the amount the portfolio must reach by the end of the year as part of its required reduction.

The number of loan modifications completed on Freddie Mac-backed loans totaled 3,455, which brings the year-to-date total (as of October 31) up to 35,342.

Freddie Mac reported a net income of $2.3 billion in the third quarter, which was an increase from the $1 billion net income seen in Q2. The reduction of the mortgage portfolio and the wind-down of the GSEs’ capital buffer, which is required to be at zero by January 1, 2018, is likely to result in more calls for GSE reform as the Trump Administration takes the helm in January. 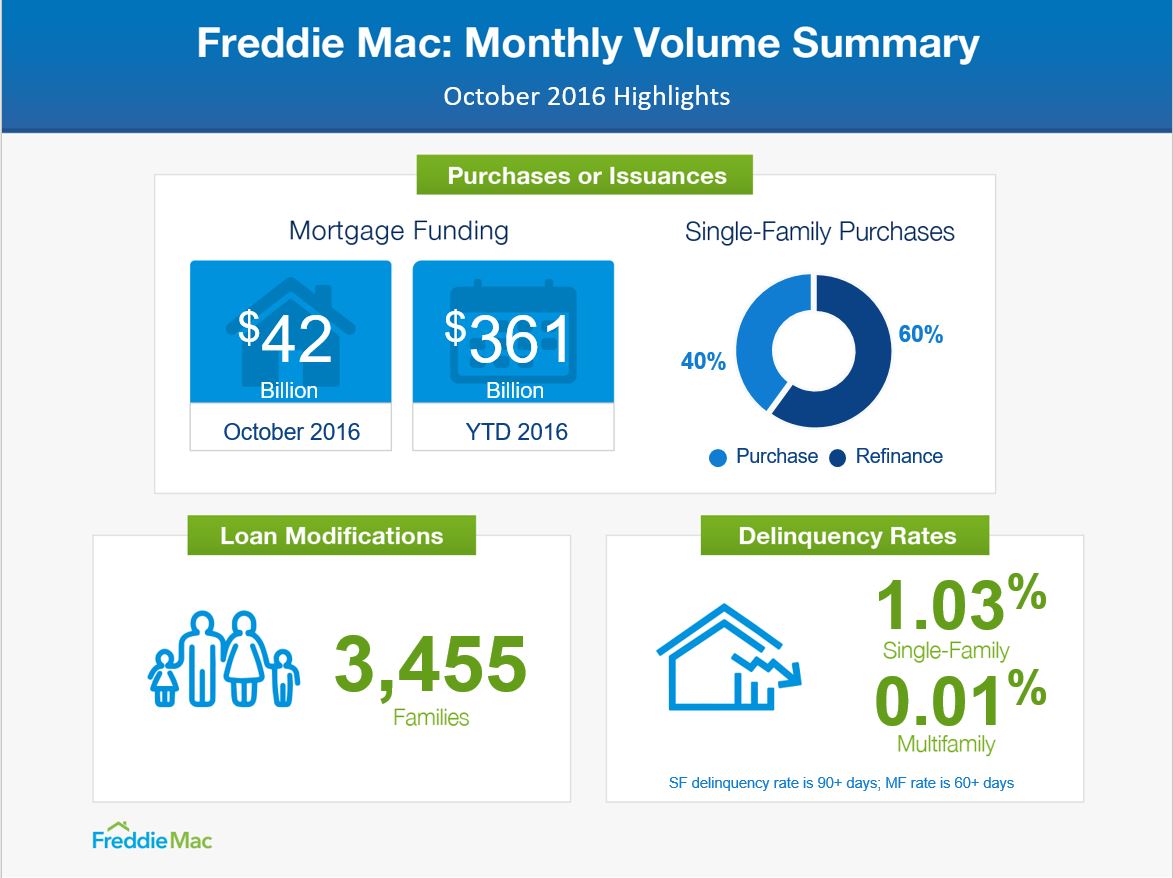