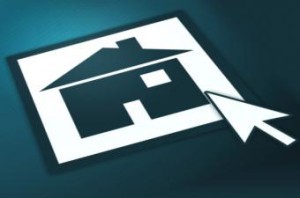 findings and trends that will impact housing in the near future. Industry experts are also predicting a “pendulum shift” in the coming years, according to Zillow.

A shortage of home inventory has resulted in low homeowner morale over the past few months. The Redfin Housing Demand Index decreased by 3.5 percent due to fewer homebuyers touring properties and making offers. The number of homebuyers using Redfin to request tours decreased by 3.7 percent from September, and the number of customers who were making offers on homes declined by 5.9 percent.

Home value prices have increased in several cities across the nation, specifically in the northwest and southern regions. The national price of homes has increased 6.2 percent since 2015 and is at a Zillow Home Value Index (ZHVI) of $191,200. Home values in Portland, Oregon, have seen a 15 percent median home value increase of $349,000. Prices of homes in Dallas, Texas, and Seattle, Washington have risen over 12 percent since last October.

Several cities have seen a limited selection of home sales on the market. Denver, Colorado, has seen a 22.3 percent decrease in inventory compared to 2015. Corey Keach, a real estate agent in Denver, has noticed homeowners searching for deals before the start of the new year. “Buyer interest has been picking up over the past week or two,” he told Redfin. “Last year, I felt it in January, with people wanting to beat the busy spring season. My sense is that people are getting an even earlier jump this year. For homes prices below $400,000, we’re once again seeing multiple offers above the asking price. There simply aren’t enough homes to meet demand in that price range.” Other cities that have seen a decrease in property inventory are Boston, Massachusetts, and Indianapolis, Indiana.

Zillow’s October 2016 Market Report predicts that the housing market will veer from the current seller’s market to a buyer’s market by 2018 or 2019. Aaron Terrazas, Senior Economist at Zillow, attributes steady rent growth, building regulations, negative equity, and job growth to this forthcoming adjustment.

“Slower rent growth means that some renters will feel less urgency to buy and easing building regulations, both at the federal level and by local governments, should boost new construction making the supply of homes for sale more plentiful,” he told DS News. “Negative equity will continue to recede allowing the relatively small number of owners still trapped in their underwater homes to move. As job growth shifts away from the pricey coasts toward suburban communities and interior metros, demand will shift toward less supply constrained communities.”