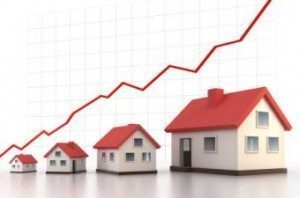 Realtor.com calls the housing trends of November, a ‘Tale of Two Markets.’Its report detailing the extent of the rise and fall in markets across various metros in the country revealed price cuts in larger metros this month. The report also reflected an increase in inventory and slowing listing prices. Compare this to smaller metros, affordable markets experienced steady price gains.

Danielle Hale, Chief Economist at Realtor.com, said, “The housing market is a Tale of Two Cities as the divergence widens between high-cost, large urban areas, and smaller, more affordable markets."

According to the report, U.S. housing inventory is up by 4 percent. It noted a rapid increase in inventory to 9 percent in the nation’s largest and most expensive metros. Markets in the west coast, five of which are in California posted the largest year-over-year inventory increases.

The report found that the median U.S. listing price grew 9 percent year-over-year to $293,000 in November, down slightly from October, but higher than last year's increase of 8 percent.

Of the 45 metros, 35 continued to see year over year gains in their median listing price, with only eight markets outpacing the national growth rate at nine percent, which is an indication of gains mainly confined in smaller markets despite rising prices at a national level. Chattanooga, Tennessee (+17 percent), Spokane, Washington (+15 percent), and Greensboro-High Point, North Carolina (+14 percent), are some of the markets that posted the highest year-over-year median list price growth. San Jose, California; and Austin, Texas; recorded a steep decline by four percent.

"Buyers in larger metros are seeing more homes on the market and listing prices decline, while those in smaller markets continued to see price increases," Hale said.