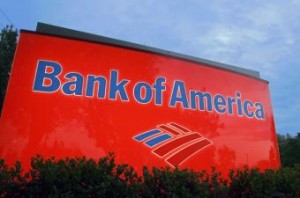 Bank of America has until August 2018 to pay off its consumer relief obligation under its August 2014 settlement with the U.S. Department of Justice and six states.

But it appears that the bank will pay off that obligation two years before the deadline. Professor Eric D. Green, independent monitor of the settlement, reported that the bank had conditionally paid nearly all (97 percent) of its $7 billion consumer relief obligation as of August 2016, according to the monitor’s seventh report filed on the Bank of America’s progress toward fulfilling its settlement obligation [1].

“Based on credit testing that is underway, it appears that Bank of America is on target to fulfill its obligations under the settlement agreement this year, well ahead of the four-year deadline,” Green said.

The monitor’s staff conditionally approved another $449.8 million worth of consumer relief credit submitted by Bank of America for the period of July and August 2016, which brought the amount of conditionally validated credit up to $6.8 billion. The amount is conditional upon the monitor’s determination that the bank has made all efforts to comply with the settlement agreement requirements.

According to Green, more than half (53 percent) of the loan modifications provided by Bank of America have been to Hardest Hit Areas, or areas designated by HUD to have the highest concentration of distressed and/or foreclosed homes. The monitor reported that a large number of these modifications have been used on loans guaranteed by the VA or FHA.

Green reported that the largest consumer relief category, first-lien principal reduction modifications, have reduced monthly payments for recipients by an average of $599 per month—a 37 percent decrease. The principal reduction on mods has been 50 percent on average, which has resulted in a decline of 176 percent in average LTV ratio (down to 75 percent) and a decline in the average interest rate from 5.38 percent down to 2.10 percent, according to Green.

“This relief directly and materially assists homeowners struggling to afford to stay in their homes,” Green said.

On August 20, 2014, Bank of America settled with the Department of Justice [2] and six states for a record $16.65 billion to resolve claims that the bank as well as its Countrywide, Merrill Lynch, and First Franklin divisions packaged and sold toxic mortgage-backed securities and collateralized debt obligations in the years leading up to the financial crisis.

Under the settlement agreement [3], Bank of America agreed to pay $9.16 billion directly to federal agencies and six states; $7 billion in consumer relief, which may include first-lien principal forgiveness or forbearance, second-lien extinguishment, and community reinvestment and neighborhood stabilization; and $490 million for the payment of consumer tax liability as a result of consumer relief.

For more information on the settlement, or to view an interactive map to see what types of relief are going where, click here [4].