The average number of filings per day in November 2016 was 2,965 over 20 days, which is an increase from October’s daily average of 3,153 over 20 days. November experienced 188 fewer filings than in the month prior. Bankruptcy filings have averaged 3,111 for the past eleven months of 2016 over a period of 230 filing days.

Tennessee and Alabama continued to rank first and second among states in bankruptcy filings per capita for November with 5.65 and 5.52 for every 10,000 people, respectively. Those numbers were virtually the same as October’s numbers. The national average of filings per capita in November 2016 decreased slightly over-the-month at 2.51, though it has increased by about 50 basis points since January 2016’s average of 2.02 percent. 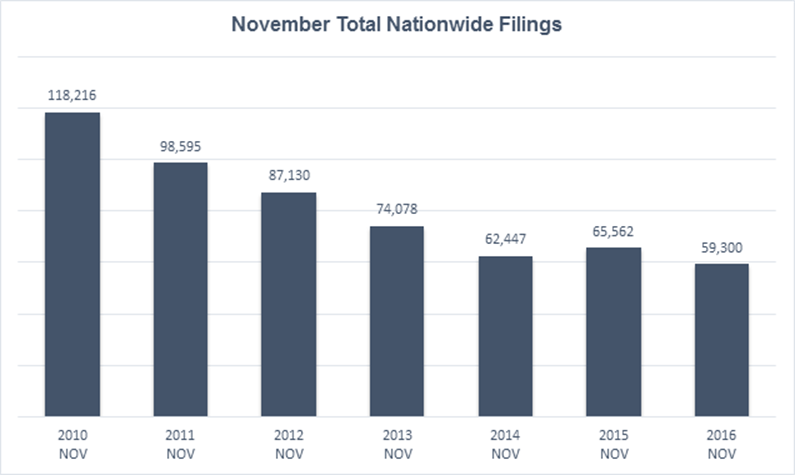