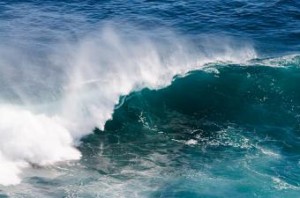 Their paper presents the bleak possibility of a mid-century America that has lost a significant percentage of residential inventory to flooding, water damage, and rising ocean levels. Because they often occupy low-lying neighborhoods and low-quality structures, low-income residents are particularly vulnerable.

The researchers predict that, while the trends will affect cities across the nation, damage will be highly concentrated in particular metros. The number of housing units exposed to frequent flooding will triple between 2000 and 2050, and 20 cities will account for 75% of the exposure, the authors concluded. The U.S. by 2050 is expected to lose 24,519 units to repeated flooding, and Virginia, Massachusetts, New Jersey, and other mid-Atlantic regions face the most risk.

Research showed that the frequency of coastal floods is increasing and will continue to do so—they show a correlation between increased flooding and "continued high carbon emissions."

The widely accepted expectation of a 100-year flood (with a 1% annual chance of occurrence) could be happening at an average of 40 times more often at tide gauges across the contiguous U.S., the study showed, and areas with a typical once-per-year tidal flooding could see weekly flooding by 2050.

The authors explain the methodology for determining "affordability" and risk in the report at iopscience.org, and provided the following graphic:

Even dimmer is the reality that once a unit of affordable housing is wiped out by a storm, flood, or other disaster, it is difficult to replace.

“It’s so hard to replenish housing stock once it’s lost," she said, "often due to NIMBYism and racism. Both lead to lost affordable housing stock not being replaced anytime soon.”

One of the study's authors and Climate Central's CEO and Chief Scientist Benjamin Strauss explains that all property owners stand to be harmed by flooding, but that those in affordable housing would find it more challenging to recover.

“Many more people in the general population will be affected by sea-level rise than the affordable housing population," Strauss told CityLab. "But the affordable population group is the one likely to hurt the most, who can’t afford to find a remedy on their own, and tend to not have the voice needed to change the allocation of public resources.”

Because of the concentration in certain areas, the scientists said, it might be possible to address the issue of preserving coastal-area housing via "limited, strategic, and city-level efforts"

Previous: Real Estate Valuations in a Time of Crisis
Next: Housing Trends and Georgia’s Political Fortunes