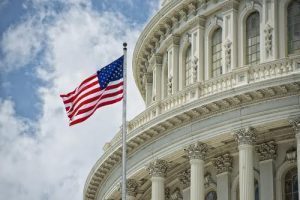 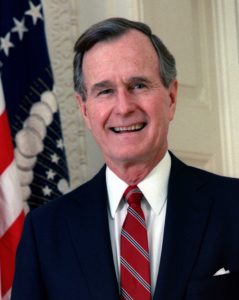 On Wednesday, the country will observe a national day of mourning on the passing of George H.W. Bush, 41st President of the United States. While he is best remembered for his impact on America's foreign policy, President Bush also played an important role in the passing of some key housing legislation that hasf left a lasting impact on the industry.

As a young Congressman from Texas in 1968, he voted for the passage of the Fair Housing Act in a reversal on his earlier position on the Civil Rights Act, which he had famously opposed at that time.

In an article that touched upon the event, Carlos Lozada, The Washington Post's [1] nonfiction book critic wrote [2], "He suffered through boos at a rally back home but insisted that “a man should not have a door slammed in his face because he is a Negro or speaks with a Latin American accent.” At the end of the event, he received a standing ovation, and nearly two decades later, he wrote that nothing else he’d experienced in public life matched the feeling from that evening."

After taking over the reins as President, Bush signed the Financial Institutions Reforms Act of 1989, which aimed to reform, recapitalize, and consolidate the Federal Deposit Insurance system, to enhance the regulatory and enforcement powers of federal financial institutions and regulatory agencies.

His efforts for the housing industry also included the creation of an advisory commission under the U.S. Department of Housing and Urban Development (HUD) for affordable housing to reduce regulations and red tape that added to the cost of housing, as well as privatization proposals for the public housing sector.

All federal agencies will be closed on Wednesday to observe it as a national day of mourning in remembrance of the 41st President.

"The President has issued an Executive order to close Federal offices and excuse all Federal employees from duty for the scheduled workday on Wednesday, December 5, 2018, except those who, in the judgment of the head of the agency, cannot be excused for reasons of national security, defense, or other essential public business," a statement [3] by the U.S. Office of Personnel said.