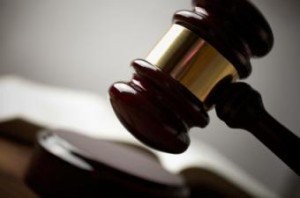 Quicken Loans today responded to a new class-action lawsuit alleging the online mortgage lender illegally collected personal information from visitors to its website. The suit claims Quicken Loans and marketing company NaviStone used keystroke logging technology to gather information such as names, addresses, and other sensitive data as website visitors filled out online forms. Quicken Loans said they are confident the case will be quickly dismissed.

The lawsuit was filed Friday, December 1, in a Newark, New Jersey federal court. It alleges that Quicken Loans [1] and NaviStone violated Title I of the Electronic Communications Privacy Act of 1986, colloquially known as the “Wiretap Act.”

On several occasions within the past six months, [the plaintiff] visited Quickenloans.com, but has never procured financial services from Quicken as a result of these visits. During each of the plaintiff’s visits Quicken wiretapped his electronic communications with the website, disclosed the intercepted data to NaviStone in real time, and used the intercepted data to attempt to learn his identity, postal address, and other [personally identifiable information].

Quicken Loans released an official statement on the case, which reads, in part:

This case is nothing more than an attempt by Plaintiff Michael Allen and his attorney, Frederick Klorczyk of Bursor & Fisher in New York City, to manufacture claims in an effort to coerce a settlement for their own gain. Klorczyk and Bursor & Fisher are attempting to run the standard playbook of predatory plaintiff’s law firms by bringing the same manufactured claims against a variety of defendants in an attempt to coerce them to ‘settle’ as opposed to incurring expensive legal costs and potential publicity due to the public nature of these lawsuits.

Quicken Loans has no intention of settling these meritless claims. The complaint, which copies verbatim allegations filed by the same law firm against other defendants, appears to be spurred almost entirely by an erroneous media report. It is frivolous allegations like these that are clogging the courts and slowing progress on more pressing—and legitimate—matters.

As alluded to in Quicken Loans' statement, this is the fourth such lawsuit leveled against NaviStone in the past week, with others claiming similar activities between NaviStone and online mattress retailer Casper Sleep Inc. [2], clothing retailer Moosejaw [3], and retailer Charles Tyrwhitte, Inc. [4]

Quicken Loans has been on the forefront of embracing online mortgage technology, chiefly through its “Rocket Mortgage” program, which allows users to upload financial details and receive a loan decision swiftly and entirely through the website or mobile app. In October 2017, Quicken Loans announced [5] a partnership with digital transaction solutions manager eOriginal to incorporate an electronic note into Rocket Mortgage and store it as an authoritative copy through the eVault.

You can read the full lawsuit filing by clicking here [6].