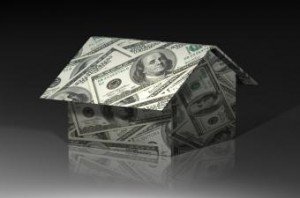 According to the Realtor Affordability Distribution Curve and Score, affordability declined nationally from Q3 2017 to Q3 2018. However, it is interesting to note that 20 of the 100 largest metros in the country experienced improved affordability. The report attributed the increase in inventory in 2018 fall as the reason for affordability in these metros.

The report found that 66 out of the 100 largest metros surveyed recorded a decline in affordability over the past year. Fourteen of these cities remain unchanged.

In October, inventory in Austin, Oxnard-Thousand Oaks, Nashville, San Jose, and Portland grew faster than the national rate of 2 percent, with San Jose and Nashville leading the list with growth rates of 129.9 percent and 32.0 percent growth, respectively. New listings on the market are 10 percent smaller and on average 8 percent cheaper than existing inventory.

Austin-Round Rock, Texas leads the charge at 0.67, followed by Oxnard-Thousand Oaks-Ventura, California at 0.44, Nashville-Davidson, Tennessee at 0.70, San Jose-Sunnyvale, California at 0.46 and Portland-Vancouver, Oregon-Washington at 0.55.

Spokane-Spokane Valley, Washington recorded a drop at 0.65, followed by Boise City, Idaho at 0.63, Las Vegas-Henderson-Paradise, North Virginia at 0.65, Wichita, Kansas at 0.98 and Columbia, South Carolina at 0.94.

Previous: The Impact of Price Trends on Mortgage Defaults
Next: Where Are Americans Moving?

Make sure that your Section 1304 notices do not include anything beyond what the statute expressly prescribes, and it is mailed in a separate envelope. Arsenio Rodriguez and Ali Degan Esq. from Stern & Eisenberg, P.C. explain this crucial detail.