Home / Daily Dose / The Importance of Cybersecurity in Risk Management

The Importance of Cybersecurity in Risk Management 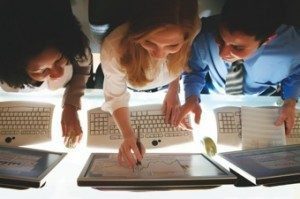 This week, Safeguard Properties hosted a webinar to discuss the challenges facing cybersecurity in 2019. Security, Safeguard notes, should be one of the primary focuses when implementing and developing systems and applications.

Cybersecurity remains a top concern at a majority of lending institutions, according to the 2019 Regulatory & Risk Management Indicator released by Wolters Kluwer, and 78% of lenders reported it as a top risk that will receive “escalated priority” in the next year. While cybersecurity outranks all other risks in the survey, the level is down from 81% last year.

During Safeguard’s webinar, Steve Roesing President and CEO of ASMGi, 2019 stated that the majority of data breaches from malicious attacks, with 69% of data breaches stemming from outside sources, as 51% of breaches are caused by malicious or criminal attacks.

Malware attacks made up 34.4% of attacks in 2019, the largest share of any other attack type. Meanwhile, account hijacking made up 18.2% of attacks. Among financial services institutions, there were 927 reported incidents, 207 of which included confirmed data disclosure. We applications, privilege misuse, and other miscellaneous errors made up 72% of breaches.

Most malicious breaches, 88%, were reportedly done for financial reasons, while espionage made up another 10%.

Cybersecurity, Safeguard notes, requires a “holistic approach,” involving both policy and systematic controls at all levels.

Some of the trends noted in the webinar included the changing landscape of “phishing,” the increased use of mobile technology for attacks, and increased investments in cybersecurity. Going into 2020, Safeguard expects to see increased spending and a growing impact from AI and machine learning (ML) on cybersecurity.

Previous: GSEs Move Closer to Public Offering
Next: Mortgage Servicing: Keeping Up With the Consumer