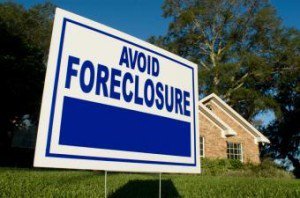 Foreclosure moratoria and forbearance programs eventually will come to an end, which could result in a foreclosure surge, say sources at Redfin. With a few factors at play, any such increase in foreclosures will not make much of a dent in the existing housing shortage, they add.

For one thing, homeowners have more options during this current crisis than, say, during the Great Recession.

According to Redfin, a majority of homeowners will be able to work out a plan to exit forbearance and keep their houses.

The Redfin study showed that 3.8% of homeowners nationwide fear foreclosure whereas some 13.5 % are delinquent on mortgage payments.

One Redfin agent explains why many but not all homeowners who are struggling as a result of the COVID-19 pandemic opt for forbearance plans:

“In my experience selling foreclosed properties, some people don’t take advantage of forbearance because they aren’t educated on what it entails,” said Redfin agent Gina Sapnar. “There are people who are in forbearance who don’t understand how repayment works. For some people payments are tacked on to the end of the loan, but for others it may be a large payment due immediately at the end of forbearance as a lump sum, which could be very tough for people to repay. Some homeowners are underwater because they took on more debt than they could handle. I know of a restaurant owner who took equity out of his home to pay his workers during the pandemic. There are people suffering who have depleted their entire life savings, are drowning in debt and they aren’t paying their mortgages. But even those people have options. The lenders are really trying to work with occupants and educate them on how to avoid the scarlet letter of a foreclosure."

That segment of borrowers who are overleveraged or unaware of their options could contribute to "a wave of foreclosures," wrote Redfin economist Daryl Fairweather. She and other Redfin representatives expect investors and first-time buyers to purchase the coming crop of distressed properties.

"There are investors just waiting to buy distressed properties,” Sapnar added. “I have one investor constantly reaching out, they are even looking for off-market homes because once a distressed home hits the market it gets multiple offers.”

Fairweather added that due to some programs meant to assist first-time homebuyers, those shoppers might also have an advantage.

Fannie Mae’s First Look program renovates distressed homes and offers them first to buyers who will occupy the home.

“The First Look program is great for first-time homebuyers who don’t want to compete with investors,” continued Sapnar.

The full report by Redfin can be accessed on Redfin.com.