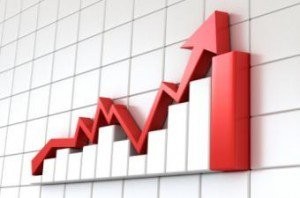 The Department of Housing and Urban Development (HUD) recently released its monthly Housing Scorecard, which indicated that despite an increase in foreclosures for the month of October, the housing market is still on the path of progress.

“Looking back on November, we witnessed notable progress among key indicators: a continued increase in existing home sales and an uptick in home values,” says HUD’s Katherine O’Regan. “While housing is being reenergized, there is still a need to support programs that help more hardworking, responsible Americans recover from the Great Recession.”

According to the scorecard and data from ATTOM Solutions, 43,352 U.S. properties in October started the foreclosure process, which was an increase of 25 percent from September but still a decrease of 11 percent from 2015.

Additionally, HUD reports that the data indicates 34,288 U.S. properties in October completed foreclosure. This was an increase of 25 percent month-over-month but, again, a decline from the year prior, specifically of 6 percent.

“Foreclosure activity has been volatile in recent months as states with a substantial pool of foreclosure inventory move to reduce the backlog,” adds the report.

To combat the risk of foreclosure, HUD reports that over 10.9 million mortgage modifications and other forms of mortgage assistance arrangements were completed between April 2009 and the end of October 2016.

The scorecard reports that through the Making Home Affordable Program over 2.7 million homeowner assistance actions have taken place. HUD’s adds that this includes over 1.6 million permanent modifications through HAMP. Further, the Federal Housing Administration (FHA) has offered nearly 3.4 million loss mitigation and early delinquency interventions through October, according to HUD.

“These Administration programs continue to encourage improved standards and processes in the industry, with lenders offering families and individuals more than 4.8 million proprietary modifications through September,” says HUD. “Although there is good news overall, the Administration remains committed to helping more Americans realize their dream of home ownership through an improving economy and new programs that will provide greater access to credit.” 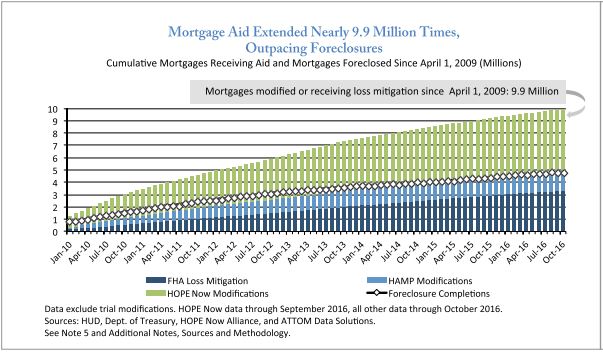