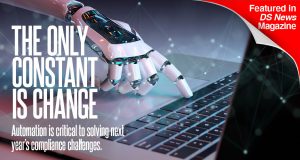 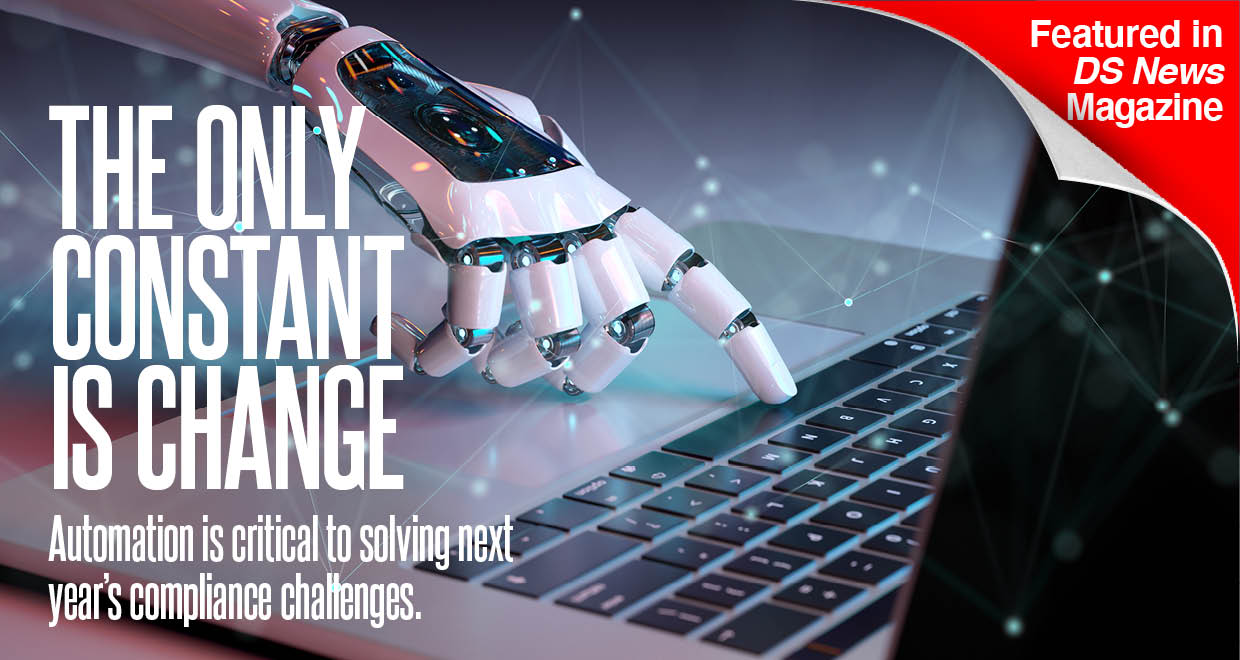 Editor's note: This story originally appeared in the December edition of DSNews, out now.

It was Ancient Greek philosopher Heraclitus who determined “there is nothing permanent except change.” It’s hard to believe Heraclitus could imagine just how much things would change more than 2,500 years later, but his theory certainly applies to the residential mortgage compliance world, which grows more complex with every passing year.

As the market continues to evolve in the wake of a global pandemic, lenders and servicers face several regulatory and industry compliance challenges in 2021 that will be impossible to ignore. From changing QM loan characteristics to RONs to ongoing disclosure issues—in addition to a likely market shift—there’s a lot for lenders and servicers to wrap their heads around. With a new presidential administration and the possible increase in regulatory oversight, there may be even more challenges in store.

At the same time, new and recent advancements in technology are poised to help more lenders and servicers avoid compliance headaches that inevitably lead to reduced efficiency, additional costs, and risk. Many servicers are unaware of just how far automated compliance technologies have come in recent years—nor are many aware of the enormous benefits they provide throughout the mortgage lifecycle.

No Shortage of Hurdles

TRID compliance remains an important issue. At my company, we continue to see many discrepancies in disclosure timing and difficulties lenders face trying to prove if and when borrowers saw the disclosures sent to them. If a lender emails a disclosure to a borrower that the borrower doesn’t need to sign, how does the lender know if the borrower saw it and opened it? This is a big deal, particularly since issues involving TRID compliance typically appear only after the loan closes. When that happens, a loan that could have been sold to an investor in three or four days can take 15-20 days.

Just the fact that mortgage lenders are experiencing record-breaking volumes is another cause for compliance concern. With historically low rates, volumes are higher today than they’ve ever been. As a result, many lenders are bringing on a lot of new staff. At the same time, because lenders are so busy producing, many newcomers are not being trained properly with systems and controls. With so much pressure to produce, some new team members may try taking shortcuts, which also creates additional risk.

Another compliance obstacle entails how to deal with borrowers who are coming out of forbearance plans. Forbearances are not supposed to go on a borrower’s credit report, but with servicers all handling forbearance and reporting to the credit bureaus differently, there’s no guarantee this will happen. Should evidence of missed payments during forbearance be held against borrowers? The answer isn’t so simple, as every case is different.

Delinquencies and defaults are yet another matter to consider. Lenders that also service loans will find themselves facing intense regulatory scrutiny next year. As forbearance plans come to an end, lenders will face an unprecedented volume of default processing demands that will likely lead to greater regulatory scrutiny. During the pandemic, many lenders have been generous with borrowers when it comes to foreclosure timelines—but they don’t want to be so generous that it places them at risk with incurring investor losses. Another factor being thrown into the mix is navigating the many different state, county, and city requirements when it comes to defaults and missed rental payments for borrowers with investment properties.

Still another trend that will likely receive government attention next year is remote, online notarizations, or RONs. To facilitate social-distancing requirements under COVID-19, many states enacted temporary eNotarization laws, but ultimately more long-term RON legislation will be needed to standardize the practice industry-wide. In the meantime, lenders will need to answer questions about how eNotarizations are tracked and memorialized during loan audits.

One of the biggest compliance challenges the industry will face in 2021 will be QM loans. The QM market is expected to undergo major changes next year, thanks to the end of the QM patch and several proposed rules by the CFPB that are in the works, which could have a huge impact on how QM and non-QM loans are underwritten and securitized. These changes involve replacing DTI requirements with a price-based approach and creating a new category of seasoned QM loans, all of which will place additional burdens on lenders.

These challenges will be intensified by next year’s expected growth in the non-QM market. While they practically fell off the face of the earth early in the pandemic, non-QM loan originations have rebounded nicely and are likely to continue to gain market share in 2021. That’s because historically low interest rates won’t last forever, and when rates do eventually increase, lenders are going to be looking toward non-QM loans to fill up capacity.

This could create significant troubles for lenders that are new to non-QM loan products, since non-QM loans are nuanced and involve specific underwriting guidelines and requirements. For lenders that have been feasting on FHA/VA and conforming loans over the past several years, making the switch to non-QM loans could be more problematic than they realize. Interest-only, non-QM loans, for example, are going to prove tricky to underwrite for lenders that aren’t experienced at the different ways to qualify borrowers, which will place them at increased compliance risk.  =

Where Automation Makes a Difference ...