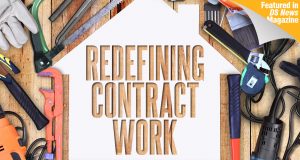 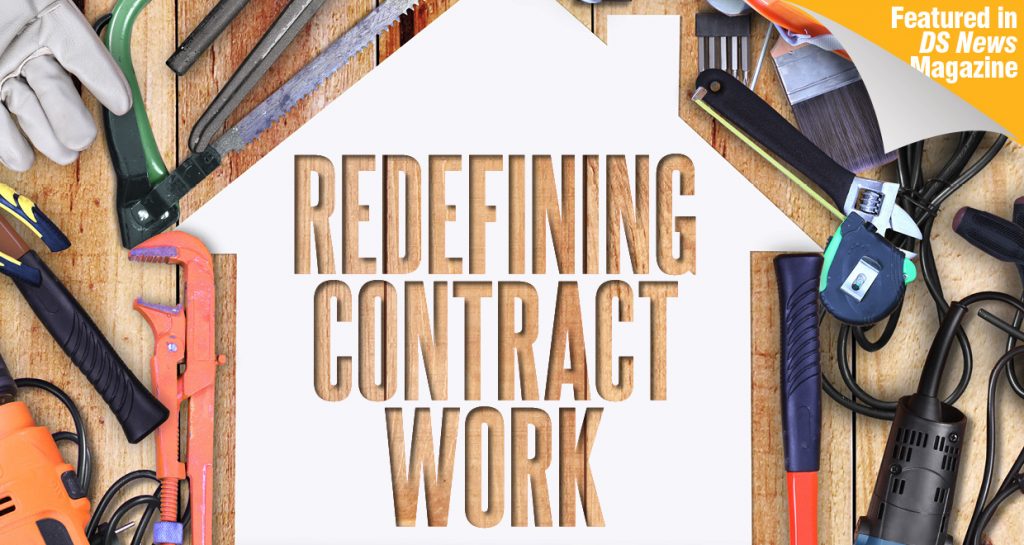 Editor’s note: This feature originally appeared in the December issue of DS News. [1]

Property Preservation Business Owners (PPBO) hire independent contractors for a large percentage of field services performed for government and commercial contracts. These contracts have strict performance standards, which PPBOs must adhere to in order to be deemed “in compliance.” National PPBOs service assets country-wide, therefore, it is impossible for them to rely only on employees to fulfill obligations under their contracts.

The Department of Labor, the IRS, and state workforce agencies have been cracking down on businesses that are believed to be misclassifying employees as independent contractors. The housing market is cyclical, as evidenced during 2007–2009. As the crash worsened and foreclosures increased tenfold, PPBOs were flooded with work, requiring a commitment to extraordinary measures just to keep up with demand. During the crisis, there was an explosion of new players in the field, but this has since settled down with consolidation and attrition in the industry.

As the inventory of foreclosed assets have decreased, PPBOs have ventured into new areas of revenue generation. Much has changed in the area of property preservation for PPBOs to survive in this new environment, and we need to take our heads out of the sand and embrace the opportunity for reinvention that is compatible with the modern changes taking place in America’s workforce.

The Lay of the Land

The United States has experienced the longest period of sustained economic growth in several generations due to innovative business models that combine ideas, technology, and talent to create something new. Many of these business models did not exist prior to the recession of 2007–2009. Businesses have adopted machine learning, artificial intelligence, and robotics to increase efficiency and spur growth. Today’s economy enjoys conveniences and on-demand functionality that are different than just a few years ago. This new paradigm is called the “gig economy.” Central to how the gig economy works is how labor is managed. States such as California and Massachusetts are leading the way in defining this new economy.

Assembly Bill 5 in California addresses a complicated question with a simple three-pronged test. The question is whether a person doing a task is to be classified as an employee or as an independent contractor. The answer addresses every element of labor and employment law including hours of work, wages, income tax, unemployment insurance, workers’ compensation, and mandatory sick leave.

This ABC test, as it has been called, looks at autonomy (Prong A), meaning the worker must be free from “control and direction” by the employer over how and where they do the work. Secondly, the worker must perform work outside the employer’s “usual course of business” (Prong B). Finally, the worker needs to operate as “customarily engaged in an independently established trade, occupation, or business” (Prong C). The PPBO’s vendor agreement must prove all three prongs.

Penalties can be severe. Employers who incorrectly classify workers must pay the unpaid state income tax, unemployment insurance, and disability insurance that it would have paid were the contractor an employee. The IRS can charge back FICA and payroll taxes. California intends to collect an estimated $7 billion annually from businesses that have evaded paying these payroll taxes. This legislation is guaranteed to start a national debate over how industrial era labor laws need to be rewritten to reflect 21st century nuances and concerns.

In 2004, Massachusetts passed legislation that mandates the ABC test. Since then, the state has seen a lot of litigation over Prong B, the “usual course of business” rule, and it’s still not clear where the Prong B line is drawn. As a result, some companies have ceased doing business in the state and others have turned to hiring companies that have their own employees rather than individuals who may not meet the test.

The Massachusetts statute is over 10 years old and never anticipated the gig economy. Since 2010, we have seen a loss in job security and pensions. In its place, workers hold multiple 1099 jobs. So long as PPBOs’ clients (financial institutions and government agencies) require adherence to strict performance standards, they will remain vulnerable to penalties under this new legislation. Laws such as A.B. 5 will presume workers are employees, entitled to all protections and benefits, unless they meet strict criteria as truly independent contractors.

The focus on the gig economy has obscured the more widespread impact of the new law in traditional businesses, perhaps such as ours, where workers have been misclassified for years. Hundreds of thousands of construction workers, janitors, truckers, and others now paid as independent contractors may be entitled to earn minimum wage and overtime, receive unemployment insurance and family leave, and have bargaining rights.

This new economy is allowing independent contractors to organize, creating an opportunity for states like California to establish a mechanism for Uber and Lyft drivers to unionize under the auspices of a state labor board, which could be extended to oversee union activity. The result may have crippling effects for PPBOs and their business model.

At the 2019 Five Star Conference in Dallas, a panel discussed the strengthening of vendor relations in today’s market, but there was no clear mandate as to what this means. Taking a “wait and see” approach will only spell disaster. If we wait to see the effect, it will already be too late. We call upon all property preservation leaders to join together and draw a roadmap to guide the industry through this newly changing labor landscape.

It has been estimated that, in order to comply with the new law in California, which takes effect on January 1, 2020, it would cost Uber $507 million and Lyft $290 million. Uber, which insists that its drivers don’t qualify as employees, has said it will force them to make claims for employment status individually. Together, these companies have committed $90 million to financing a 2020 ballot initiative to overturn the law, a quest that faces dubious prospects.

What the rideshare industry is considering (and what PPBOs should start thinking about) is giving drivers greater benefits. Even after signing the bill, California’s governor continues to attempt to forge some compromise that might create a third category of worker—not a traditional, full-time employee, but rather an independent worker with certain enforceable rights and benefits.

All of these scenarios suggest a rethinking about the role states play in protecting workers’ rights and economic security. As union membership declined, states have been the mechanism to ensure benefits including higher minimum wages, access to affordable health care, and portable retirement plans.

Unless immediate attention is given to this problem, our industry may face huge losses that will have broad ramifications. A coalition of labor groups in New York has already proposed legislation modeled on the A.B. 5, and Gov. Andrew Cuomo has indicated support, saying he “does not like to lag California in anything.”

In the end, if our industry is to remain profitable and continue to service banks and the government, we must lead the way by changing how we staff contracts. We propose that together, as an industry, we dedicate our talents and resources towards establishing practices that will act as a successful business model in the face of newly changing labor laws in the 21st century.