Home / Daily Dose / Distressed Property Investing in 2021 and Beyond

Distressed Property Investing in 2021 and Beyond 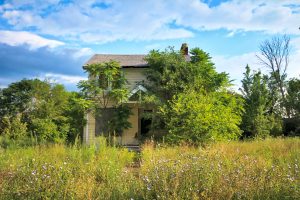 Two knowledgeable real estate veterans hosted a webinar in which they examined U.S. housing, the economy, and foreclosure trends, to name a few things.

They said it would not be a surprise to anyone paying attention to hear that the economy has been “on a real roller coaster of a ride.” Although the GDP saw a drop, Sharga said it wasn’t as drastic as expected, and the rebound has “probably surpassed a lot of economists’ expectations on what was going to happen.”

They agreed that the housing market has been one of the bright spots in the economy.  Looking at the months since the pandemic began, Sharga explains that during April and May, months that generally see more home buying activity, home purchases were down. "What we saw over the summer, though, was really nothing short of phenomenal," he said.

"We saw a lot of pent up buying activity that had us exceed the number of sales that we saw in July and August last year, and those numbers even went up more dramatically in September and October. Rather than the pandemic causing the number of existing homes sold this year to be lower than we saw last year. We're already running ahead of 2019 pace."

Delinquencies are at an all-time high—"that's the headline," Sharga said but suggested that listeners consider some factors before panicking or view this like we would have viewed serious delinquencies a decade ago.

"There's a record level of homeowner equity in the market of at six and a half-trillion dollars. I do believe that data suggest that over 70% of homeowners have more than 20% equity."

He predicts that as bans on foreclosure expire, homeowners will go into default, but with 20% equity in a market with no inventory and high demand. Having that equity gives them an opportunity to really get out from under the foreclosure before it happens and sell a house, probably at a profit. The exception to the rule might be FHA loans, which are running about twice as delinquent as loans overall.

"The FHA borrower who probably is at the low end of the income scale, and who probably took out a loan with very little downpayment, won't maybe have the equity cushion that other borrowers might have."

Sharga pointed to exceedingly low recent foreclosure activity, noting that "virtually the only thing going into foreclosure right now are vacant and abandoned properties, which is a good thing. We want to get them." He added that the CARES Act and foreclosure moratoria have made for an unprecedented situation.

"We have this real dichotomy right now between record-high levels of serious delinquency and record-low levels of foreclosure activity ..."

When homeowners who have opted for COVID -related forbearance programs hit the end of forbearance, Sharga says, they basically have a clean slate and get to start all over again, which is completely different than how seriously delinquent loans have been treated in the past. "Normally, if you were 90, 120, 150, 180 days delinquent, you're pretty much guaranteed to go through—or are already in—foreclosure."

Blomquist detailed Auction.com's predictions for the foreclosure and distressed property market in the next five years.

While remaining below 78% below year-ago levels, there was a 24% uptick of completed foreclosure auctions to a six-month high in September, Blomquist said. That said, the moratoria have played a part in creating a backlog of likely foreclosures that an Auction.com analysis estimates will grow to more than 1.1 million by Q2 2021.  (Blomquist's complete Q4 Distressed Market Outlook is available now on Auction.com.)

"Now it's not going to all happen evenly over the next five years ... but we're, we're coming off with that baseline level of about 250,000, adding another 60% roughly per year," he explains.

The men closed in saying that they did not want to downplay the impact of the pandemic. "We both expect to see default activity increase," Sharga said. "The question is how big it will be and how severely it will be seen in foreclosure activity."

On the bright side, he concluded, "There are going to be a lot of opportunities both for investors and real estate professionals and, in a way, for homeowners because as sad as it is when someone loses a home, to foreclosure, there's an opportunity for a new homeowner to come in and have a chance at their own shot at homeownership."

2020-12-09
Christina Hughes Babb
Previous: High Court Takes on FHFA ‘Separation of Powers’ Case
Next: Cities That ‘May Be Vulnerable’ to Foreclosures