Home / Daily Dose / Cities That ‘May Be Vulnerable’ to Foreclosures

Cities That ‘May Be Vulnerable’ to Foreclosures 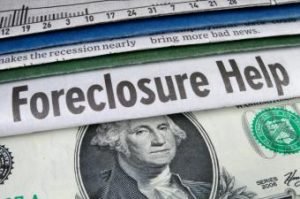 Foreclosure filings in November are down 14% from the previous month, according to ATTOM Data Solutions' November 2020 U.S. Foreclosure Market Report. It showed a total of 10,042 U.S. properties with foreclosure filings— default notices, scheduled auctions, or bank repossessions. The number is down 80% from a year ago.

"It’s not unusual to see foreclosure activity slow down beginning in November and through the holiday season. Both foreclosure starts and repossessions were down about 80% on a year-over-year basis, but it might be worth noting that a few cities that may be vulnerable to the pandemic-driven flight from urban areas to the suburbs—like New York City, Chicago, and Miami—were among the markets with the highest levels of foreclosure actions."

Across America, one in 13,581 housing units were in foreclosure in November, ATTOM reported.

The report includes a regional breakdown.

Nationwide, 5,256 properties started foreclosure in November, down 13% from September and 75% from one year ago.

"The ATTOM Data Solutions U.S. Foreclosure Market Report provides a count of the total number of properties with at least one foreclosure filing entered into the ATTOM Data Warehouse during the month and quarter," according to ATTOM.

The researchers at ATTOM collect data is collected from more than 2,200 counties nationwide, and those counties account for more than 90% of the U.S. population. The report includes documents filed in all three phases of foreclosure including Notice of Default/Lis Pendens, auction/Notice of Trustee Sale and Notice of Foreclosure Sale; and REO.

More on methodology and the full monthly reports are available on ATTOM.com.

2020-12-10
Christina Hughes Babb
Previous: Distressed Property Investing in 2021 and Beyond
Next: ‘Massive and Timely’ Forbearance Policies Are Important During Crisis