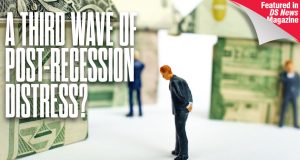 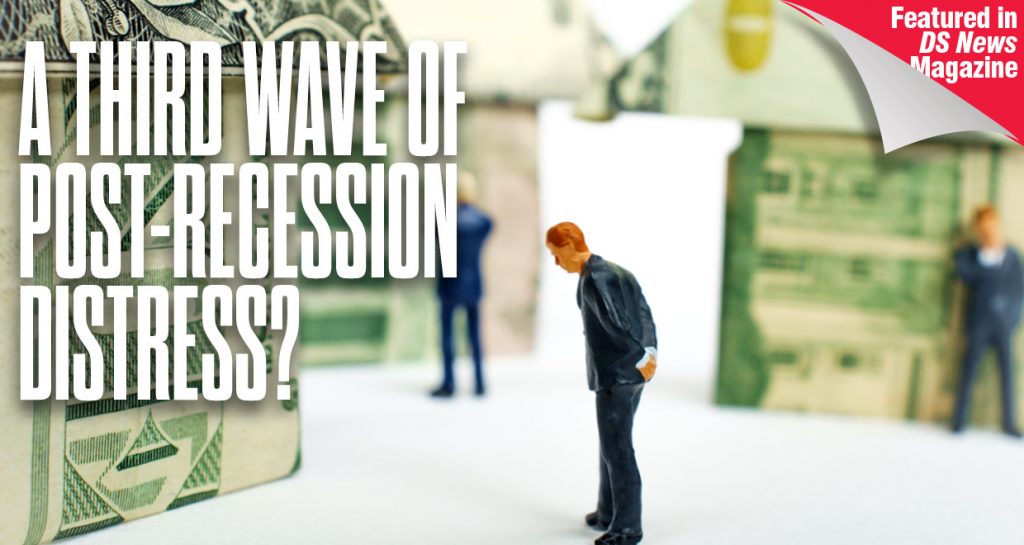 A total of 43,232 residential properties nationwide were referred to Auction.com in Q3 2019 for a potential future foreclosure auction, up from the previous quarter and a year ago to the highest level since Q1 2017.

The characteristics of the increasing foreclosure auction inflow are distinct enough to label it a third wave of distress emerging in the wake of the Great Recession.

The first and largest wave comprised primarily risky loans originated during the 2004-2008 housing boom. A high percentage of these loans went bad in the subsequent housing bust. This first wave has largely subsided in the last few years, with loans originated between 2004 and 2008 accounting for 40% of all Auction.com inflow so far in 2019—the third consecutive year at less than half of all foreclosure inflow.

The second post-recession wave of distress emerged in 2018 as the result of a series of devastating natural disaster events—primarily hurricane-related—in 2016 and 2017 in Florida and Texas. Foreclosure moratoriums imposed immediately following these natural disasters eventually were lifted, resulting in surging foreclosure auction inflow in mid-2018. Although these inflow spikes were regionally focused in Texas and Florida, the impact was evident at a national level given the large size of combined housing inventory in those two states.

The emerging third wave of post-recession distress is showing up in parts of Florida and Texas, but it is also showing up in markets far removed from Florida and Texas (see below for some more geographic details). That’s because this wave is less characterized by geographic concentrations of distress and more characterized by concentrations of distress based on loan type and lender type.

More to the point, the emerging third wave of distress is primarily driven by a rising undercurrent of defaults among government-insured loans and privately held loans.

The data shows a 1% increase in the overall inflow of government-insured loans, including those insured by the Federal Housing Administration (FHA), Veterans Administration (VA), and U.S. Department of Agriculture (USDA).

In its quarterly reports to Congress, the U.S. Department of Housing and Urban Development has been signaling an expected rise in defaults. In its most recent report, covering activity in the three months ending June 2019, it included the following statement:

A close variation of the above statement has appeared in every quarterly FHA report starting in Q1 2017, likely prompted by record-high debt-to-income ratios, declining average credit scores, and a rising share of loans with down payment assistance in the post-recession housing recovery.

“Some of the markets with the biggest inflow increases in the third quarter may be surprising given they have been rock stars of the real estate recovery of the last seven years,” said Jesse Roth, SVP of Strategic Partnerships and Business Development at Auction.com. “But those markets may now be victims of their own success, with an unsustainable run-up in home prices pushing the limits of affordability for many homebuyers in recent years. Those financially stretched borrowers now have less equity cushion to protect against foreclosure, particularly if they are in a government-insured loan that came with a low down payment and down payment assistance.”

The inflow geographic trends align with recent foreclosure start data released by ATTOM Data Solutions, which shows that U.S. foreclosure starts in the first nine months of 2019 increased in 14 states and 80 of 220 metropolitan statistical areas analyzed (36%)—counter to the national trend of declining foreclosure starts.

Given no other shocks to the economy or housing market, this emerging wave of distress will likely be the smallest of the three that have materialized in the wake of the Great Recession. However, if dangerous rip currents develop in the housing market (think widespread and sustained home price depreciation) or in the larger economy (think recession), this distressed wave could pack a bigger punch.