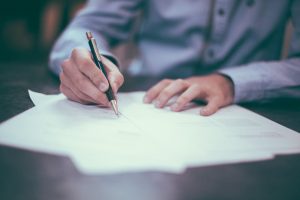 Active forbearance volume decreased by 12,000 for the seven-day period ending December 8, according to new data released by Black Knight Inc. However, forbearance volume increased by 21,000 on a month-over-month measurement, which represented the first monthly increase since the late May-early June period.

Black Knight attributed the week’s decline to a 13,000 decrease among mortgages in private-label securities (PLS) or banks’ portfolios, along with a 2,000-loan reduction among government-sponsored enterprise (GSE) forbearances. But those declines were offset by a 3,000-loan increase in forbearance among Federal Housing Administration (FHA) and Department of Veterans Affairs (VA) loans.

Black Knight determined that 2.75 million mortgages, or 5.2% of all residential properties with a mortgage, were in active forbearance as of Dec. 8. This included 3.5% of GSE loans, 9.3% of FHA/VA loans, and 5.1% of PLS/portfolio loans. The cumulative total of these loans equals $558 billion in unpaid principal.

“More noticeably–and potentially concerning–is the fact that forbearance plan starts have begun to trend upward,” Walden said. “There were more than 40,000 first-time starts over the past week, representing homeowners who had not yet been in a COVID-19 forbearance plan, the highest such number of first-time starts since the beginning of September.”

Walden added that this new spike in starts “suggests that rising COVID-19 case rates and measures undertaken to try to control the spread may be contributing to an increased need for forbearance assistance. New starts are now up 19% over the past two weeks, while overall starts (including restarts) are up 5% over the same period.”

The Black Knight data follows news from earlier in the week that nearly every metro area in America is experiencing peak seriously delinquent mortgage loans. According to a Health of Housing Markets Report from Nationwide Economics. While delinquency levels are approaching the severity of the 2010 housing bust, the report noted government interventions have made for low foreclosure activity.

"The spike in mortgage delinquencies would normally have had a significantly negative impact, but delinquencies in the current environment should not be viewed as they have been in the past due to government policy changes," said Nationwide Senior Vice President and Chief Economist David Berson. "It seems the federal government learned a valuable lesson from the Great Recession, realizing that massive and timely forbearance policies were necessary. As a result, many of these loans have not slipped into foreclosure."