TransUnion’s 2019 Consumer Credit Report forecasts an increase in originations and consumer balances for most credit products, while serious delinquency rates are likely to decline or remain steady. This will lead to lenders expanding their base of subprime and near-prime borrowers—a positive sign for both lenders and borrowers, according to the report.

The report also predicts lenders will be less risk-averse with the steady pace of delinquency rates. This will also help borrowers to showcase their ability to better manage their finances, it said. Subprime borrowers will continue to have access to loans, it noted. Interestingly, the percentage of subprime borrowers originating loans remains far below what was recorded at the onset of the last recession, according to the forecast- wherein 9 percent of borrowers in this group originated mortgage loans in 2007.

Pointing to home prices, the forecast indicated that though homes are becoming more expensive, the increase in home equity will benefit buyers. The downward trend in mortgage originations which has been steady over several quarters in the past will continue into 2019 as a result of rising interest rates, surging home prices and supply constraints, the report noted.

“While overall originations will be down in 2019, increases in home prices are resulting in record levels of home equity, which provide homeowners more opportunities to tap into low APR home equity products. This will particularly benefit consumers deciding to pay off other higher interest rate products – as well as consumers finding it difficult to afford a new ‘move up’ house, who instead opt to invest in improving their existing home,” said Joe Mellman, SVP, Mortgage Line at TransUnion.

TransUnion expects non-prime originations to decrease by 2.4 percent  “as the composition of new accounts changes.” The prime segment will see a resurgence in origination growth in the coming year, indicating lender’s desire for credit quality for their portfolios as delinquency continues to increase. 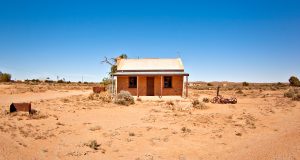