Home / Daily Dose / Preparing for Debt and Delinquency Shifts in 2020

Preparing for Debt and Delinquency Shifts in 2020 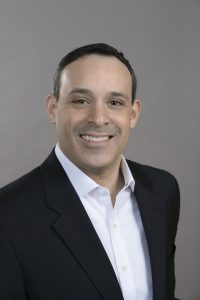 The serious delinquency rate for mortgage loans during Q4 2019 are projected to be 1.54%.

“The U.S. consumer is as strong as ever, and TransUnion expects more of the same in 2020,” said Matt Komos, VP of research and consulting, TransUnion’s financial services business unit. “More consumers are securing loans and increasing their balances in a measured manner, all while maintaining historically low delinquency levels. Low unemployment rates, continued wage growth and an overall sound economy are making this positive performance hold true.”

Joe Mellman, SVP and TransUnion's mortgage line of business leader, spoke with DS News about the findings in the report.

What is leading the significant decline in borrower-level delinquencies from Q3 2016 to Q3 2019?

This is actually the continuation of a steady decline in year-over-year delinquencies since 2010.  In fact, every quarter since Q3, 2010 has experienced a year-over-year delinquency decline. This was originally driven by the much tighter underwriting standards introduced after the housing collapse. More recently, we’re probably also benefiting from a strong housing market and a good economy, especially employment and wages.

Why do you believe mortgage originations or the number of mortgage loans increased in Q3 2019 while the average debt per borrower increased?

Our Q3 origination number is for the prior quarter, to allow for reporting lag, so the origination number is actually for Q2 2019. Both purchase and refinancing were up on a year-over-year basis, but refinancing was up more and responsible for the majority of the year-over-year increase in number of loans. Average debt per borrower increased due to a couple things having a larger impact than the regular reduction of debt due to monthly payments: 1) Refinances tend to add to debt because, in this high home equity environment, many consumers are doing cash-out refinances, which increases their debt, and 2) new purchases were for larger amounts, driven by rising home prices and more consumers taking advantage of lower down-payment programs.

Where do you see some home prices falling over the next year? What role, if any, have they played in growing debt or delinquencies?

We generally don’t follow specific geographies too closely, but there do appear to be areas that are experiencing pricing pressure. It would not surprise me to see that trend continue into next year—in the long term, prices ultimately need to stay in line with income and some areas are starting to deviate from that. In general, growing home prices clearly contribute to growing consumer mortgage debt (i.e., larger mortgages are needed), but they can also have a positive effect on delinquencies, as consumers have more options and more incentives to stay in their home if it has appreciated in value, versus if it’s depreciated in value and potentially worth less than they owe on it, which is something we saw during the housing collapse.

Do you foresee refinances cooling in 2020? What role could this play on the housing market in the coming year?

Again, it’s hard to say exactly, but I suspect refinances will stay strong through the first half of 2020 and then begin to cool off. One of the biggest impacts this will have on the housing market in the coming year is for lenders. It means they should start to think ahead to how they are going to maintain lending volume when the “easy” refi volume winds down—this will typically mean needing to ramp up their ability to proactively identify consumers who are in the market for purchase, or being able to identify specific consumers who can still benefit from a refi.