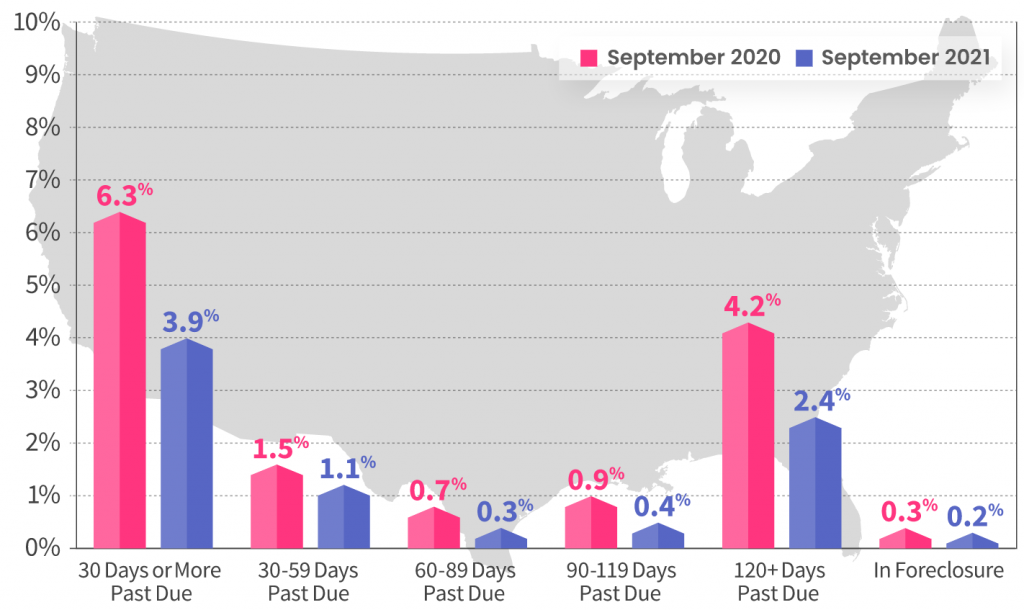 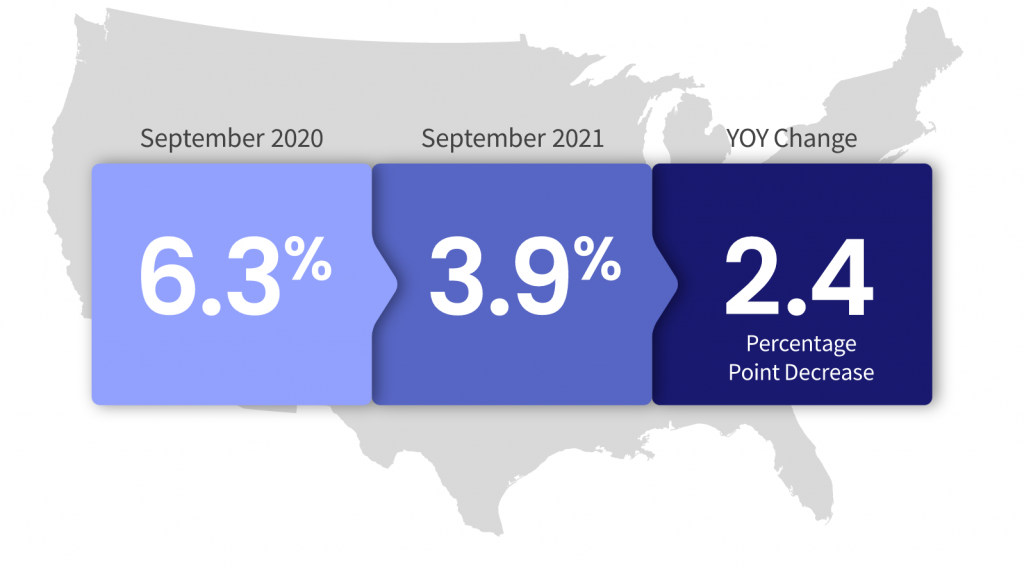 The outlook is good for those exiting forbearance as well. Due to “soaring” home equity, relatively few of these borrowers will fall into foreclosure as they exit forbearance, despite the fact that one-in-two delinquent borrowers are behind on their mortgage by at least six months.

“Record home equity levels have been a boon to many homeowners navigating the cross currents of the pandemic,” said Frank Martell, President and CEO of CoreLogic. “Not only have homeowners used this equity to fuel a record level of home improvements and renovation, it has proven to be a vital factor in helping families ward off foreclosure, pay down existing debt and weather changing market conditions.”

“The economic recovery has pushed down the percent of delinquent borrowers to the lowest level since the pandemic began,” said Dr. Frank Nothaft, chief economist at CoreLogic. “The number of borrowers past due on their mortgage doubled between March and May 2020. The past due rate in September 2021 was the lowest since March 2020.” 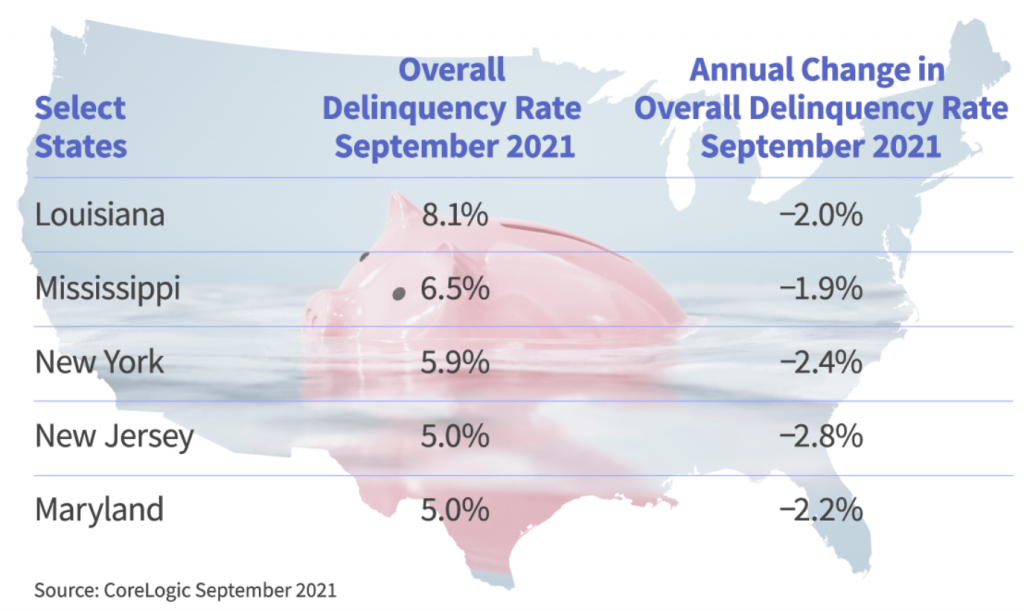 The same was true on a metropolitan level. Of the 384 metropolitan areas tracked by CoreLogic, none saw a rise in serious delinquencies.