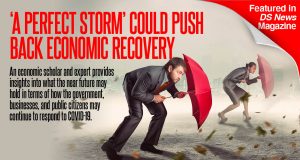 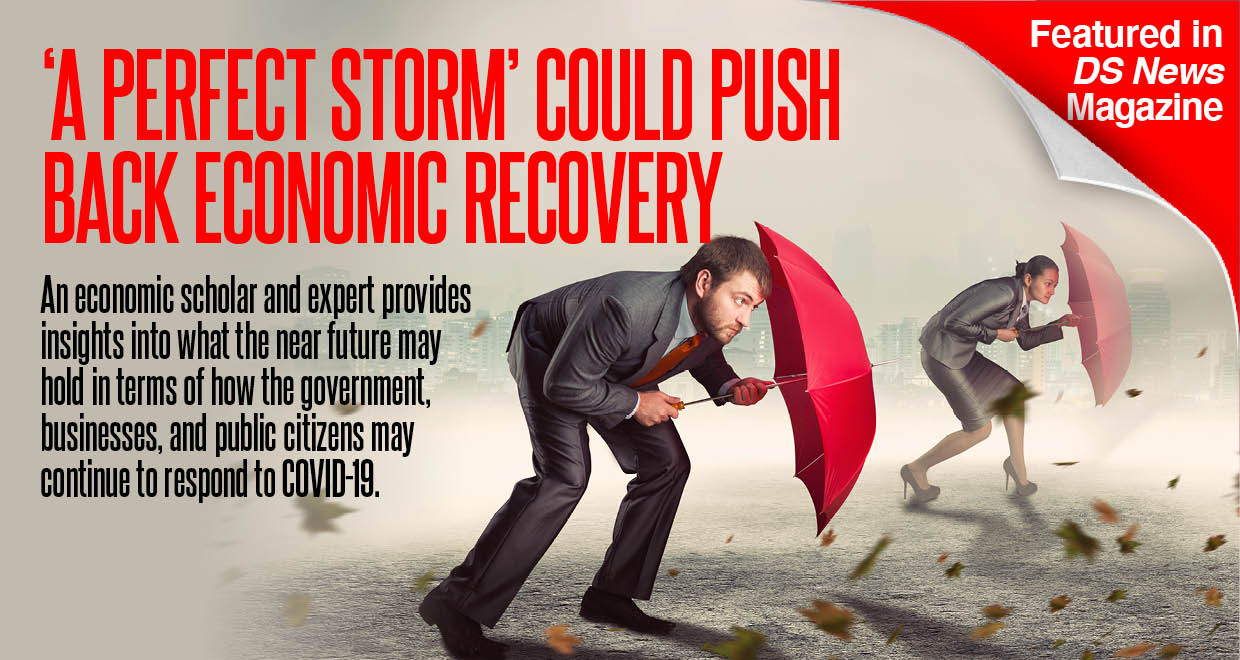 The COVID-19 pandemic and the related economic downturn have left the country in a state of great uncertainty. As the last quarter of 2020 ends, professionals across all industries are left wondering what the next year may look like in terms of economic recovery and potential changes in federal government policies. Although the housing and mortgage industries have not suffered as much economic loss as other industries have during this year’s economic upheaval, the question remains: how will housing be impacted by ongoing COVID-19 responses and government policies?

Brian A. Marks, J.D., Ph.D., is Senior Lecturer and Executive Director of the Entrepreneurship and Innovation Program in the Economics and Business Analytics Departments of Pompea College of Business at the University of New Haven. Marks recently spoke with MReport, tapping into his expertise in economics to provide some insight into what the near future could look like as the country attempts economic recovery—and what this could mean for the housing and mortgage sectors.

Do you anticipate further economic relief being passed by Congress?

Unfortunately, I'm not optimistic that we are going to see an economic relief package. The implications are quite disconcerting for the economy in general, and for the housing market, mortgages, and financial markets. If we look at some context, this is certainly a healthcare crisis—a public health crisis that led to an economic crisis. We are in an economic recession. We're in a fragile situation, absent of a congressional relief package. Chairman Powell of the Federal Reserve, in his most recent statements, confirms what I'm saying. The Fed has done almost all it can do under its charter: lowering interest rates to, in essence, 0%, providing special-purpose vehicles for loans. such as the main street lending program, which has been considered not particularly successful, given the amount of money allocated for such program and the amount of money yet to be lent out under the program.

Chairman Powell called for the use of fiscal policy, which is in the domain of Congress and the president. Because we have potentially a second wave, and the lack of a vaccine anytime soon, there is potential for new stay-at-home orders. So, what does this mean? Well, the numbers are fragile. The latest national unemployment numbers put us at approximately 7.9% unemployment. There's a misclassification error of approximately 0.4%. The good news—that's come down.

In April, we were at 14.7% with a 5% misclassification error. So, things have been improving. The August report from the council of economic advisors at the White House noted the benefits of the economic package, the CARES Act, and how it averted a complete disaster. We could characterize it that way. It's shoring up aspects of the economy with the PPP, supplemental unemployment insurance, and various other programs and packages to help businesses. But the latest numbers also show weaknesses. The latest report shows yet again an increase to about 3.8 million people permanently unemployed. That has been steadily increasing while the general unemployment numbers have been declining. One could say the decline was the low-hanging fruit. However, because of continued delays in congressional action and all the surrounding uncertainty, people are concerned about their own balance sheets and less likely to spend money.

This puts continued pressure on the retail sector, even though we've seen some increases in that area. So, I would not be surprised if we see permanent unemployment numbers continue to increase yet again another month. It would not be a surprise if it goes over four million. When we look at the general environment and the recent announcements from Disney and the airline industry opting for further layoffs in the absence of a relief package, this will all put pressure on businesses and individuals and their respect for balance sheets.

What impact do you expect as homeowners begin to come out of their forbearance plans in the new year?

As we have an absence of a relief package, there's continued downward pressure. The banks holding these mortgages, some of which they are selling, that keeps the train running on the banks’ balance sheets. However, banks ultimately must make the decision, as these plans come to an end: do they wish to extend the plan? What does it mean if they do not extend the plan? Does that mean they're going to wind up acquiring all these housing assets for which there's no market out there for purchase? Then we'll see downward pressure on housing prices. If we can view this as more of a pandemic-induced economic crisis, then some banks may be willing to renew some of these forbearance plans with borrowers in light of the pandemic.

However, the bank can expect that, at the end of this pandemic, things will revert to normal. Therefore, banks will be balancing this out. It does not mean some of them will not provide an extension. Some will provide and some will not, I suspect. However, it shows a general weakness in the markets in general, which leads us to start looking at bankruptcy filings. A bank, whether it's for a corporation or an individual, could wind up pushing individuals into bankruptcy, which may not serve anyone's purpose.

What do you anticipate as far as bankruptcy trends in the new year?

On the bankruptcy front, I'm not particularly optimistic. In particular, we could look at Chapter 11 bankruptcies. Based on the current data through September, it appears that our Chapter 11 bankruptcies, which involves reorganizations, already exceeds the number of bankruptcies filed in 2019. It does not come as a surprise. We started off the year with several retail bankruptcies, pre-COVID-19. Brick and mortar retail operations are dealing with the further increase of online sales. With COVID-19 and stay at home orders, further pressure was added to brick-and-mortar operations. As a result, I believe as of now, we've seen a report of 29 major retail bankruptcies. When you think of it, that's quite significant, but not a surprise. We could anticipate even more as we move forward through the end of the year. I would expect we are going to easily exceed the number of bankruptcies from 2019 to 2020 in the Chapter 11 arena.

Further complicating matters is the absence of a relief package. Absent any relief, I think we're going to see prolonged and delayed recovery, and that will further push more individuals to file for bankruptcy. I'm now talking about personal bankruptcy, as well as corporate reorganizations. What we may also see is certain conversions of Chapter 11 to Chapter seven liquidations. This will all have a cascading effect.

As we move forward with uncertainty, consumer spending, though it has shown improvement, may experience weakness as we move toward the end of the year without a relief package. The state and local government is screaming, if you will, for support from the federal government. This will put downward pressure on personal consumption. Retail mall operations are under significant pressure. Retail malls, or malls in general, are going to have to re-image and look to reposition the nature of their facilities and determine if those facilities are sustainable in the current form in which they exist. We're seeing retail mall operations, we're seeing property operations, all of which have a significant amount of debt. They may seek bankruptcy protection as well and look to reorganize, reduce debt liability, reduce lease liabilities in the case of retail, and all that filters through right down to the main street. I will expect an increase in bankruptcy filings, certainly an increase in Chapter 11, very likely an increase in personal bankruptcies and conversions to liquidations on the retail front.

What trends do you foresee on the unemployment front?

We have a continued spread of COVID-19, the need for testing and monitoring, the absence of a vaccine, the delay in a relief package. We could look at the incentives created by that environment. None of this bodes well for the employment outlook. We have seen an increase in unemployment claims recently. It's still below a million, but it's still quite significant. You add to that an increase in long term unemployment, 27 weeks, that number has increased. Added to the fact that the permanent job losses have also increased in the last report to 3.8 million. So, while directionally the U3 report on unemployment looks good, we've dropped from a peak of 14.7%, which was really closer to 20%, because of the misclassification error, to 7.9% or 8.3%. These numbers are nowhere close to the pre-COVID-19 unemployment numbers, which were historic in and of themselves.

It does not suggest we have a strong economy and a V-shaped recovery. It is a mischaracterization to suggest we have a V-shaped recovery. I can call it sending waves of re-engagement. Others can refer to it as a K-shaped recovery, but we're seeing a disparity as far as winners and losers as we go into this next wave of COVID-19. In essence, we're headed toward a perfect storm. All those factors that I enumerated showing weakness, add COVID-19 layer on top of that, flu season, and we're going to be confronted with a great deal of stress, both from a public health perspective and an economic perspective. So in one sense, the final word I can rely on Chairman Powell of the Federal Reserve, who has implored for, and called for, fiscal relief, which requires Congress and the President to come together to provide a relief package.

The Fed, unfortunately, given its charter, cannot do much more than it already has done. It has lowered interest rates to 0%, arguably. It introduced a Main Street Lending Program, which was laudable. I would say it was helpful, in one regard. There was over $600 or $650 billion allocated for that program. $75 billion of which was going to come from the treasury, but as of, I think September, we haven't even hit $1 billion of loans under that program. So, while it's laudable and directionally helpful, we could go that way, we could see it was not widely received.

In fact, the Main Street Lending Program was misnamed. It wasn't targeted toward the mom-and-pop retail store on “Main Street.” It was really designed for firms that need $250,000 minimum, $500,000 minimum, of loans. It started off at a million, then it dropped to $500,000, and I believe in the final incarnation, a $250,000 loan program. A lot of Main Street mom-and-pop operations wouldn't even be able to call upon or support such a loan facility, because that's what's required for the loan itself. So, the Fed is right, Chairman Powell is right, to call upon the legislature and the President to come together and come up with fiscal relief.