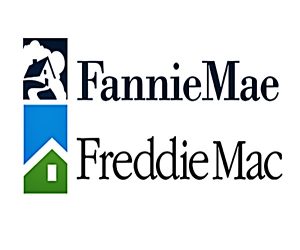 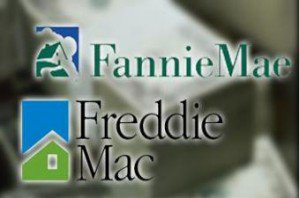 The Treasury Secretary of the United States says Freddie Mac and Fannie Mae will remain government-sponsored throughout the remainder of Donald Trump's presidency, leaving President-elect Joseph Biden to decide the enterprises' fates.

Wall Street Journal and Bloomberg report that the GSEs' bailout arrangements could still undergo some adjustments prior to Biden's January  2021 inauguration.

Treasury Secretary Steven Mnuchin told the Wall Street Journal's Andrew Ackerman [1] he probably would not issue the consent order required to release the GSEs from conservatorship during his tenure.

"We’re going to not do anything that jeopardizes taxpayers and puts them at additional risk," Mnuchin told the Journal. "We also want to be careful that we don’t do anything that overnight would limit access to mortgage finance."

At a House Financial Services Committee hearing (which can be accessed in full, at financialservices.house.gov [2]), Mnuchin discussed the possible consent order, saying, "There could be a scenario where at some point between basically the zero capital they have and the full capital requirement, there would be a consent order and they would be released subject to a consent order. There’s got to be significant capital for them, in my opinion, to be released.”

House Financial Services Committee Chairwoman Maxine Waters encouraged FHFA Director Mark Calabria to stop any attempts to release the GSEs from government oversight. Waters said [3] that no move in that regard should occur until the new President is sworn in next January.

"At the very least," she said, "the Congress and the American public deserve transparency  ... I urge [Calabria] to fully engage with Congress by testifying before our Committee and to immediately halt your efforts to raise the enterprises capital requirements and to release them from conservatorship. [FHFA] should instead focus on ensuring that renters and homeowners are receiving the help they need during this pandemic."

According to an article by Joe Light in Bloomberg, "privatizing Fannie and Freddie proved more complicated than the Treasury secretary might have assumed. It also got sidetracked by more pressing issues, like pushing Trump’s tax cut through Congress and responding to the Covid-19 fueled economic downturn."

Mnuchin has testified that he will pave the way for some changes to Fannie and Freddie's bailout agreements. He told the Journal that he would create a "blueprint" for what he thinks should happen within the housing-finance system following his tenure.

According to Light, "Private shareholders of Fannie and Freddie shares, which include major hedge funds, have clamored for the companies to be released, which would potentially allow them to start collecting profits again."

As for how Team Biden would handle the issue, Ackerman reports that, "Advisers close to Biden said he would be in no hurry to privatize the companies... Instead, Biden would focus on ways to use the companies to boost housing affordability and promote homeownership ..."