Competition Set to Return to the Housing Market? 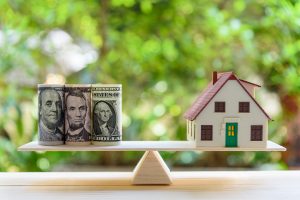 According to Zillow's November Home Market Report, home values grew a record 19.3% year-over-year in November, and appreciation accelerated throughout much of the U.S. The typical American home is worth $316,368, up 19.3% from a year ago--a new high according to Zillow.

The Report also found that rents have been increasing at their slowest monthly pace since March, whereas for-sale inventory fell for the second consecutive month, after projected gains from May to September. The unseasonably warm winter housing market has mapped out projected home values in 2022.

The Zillow November Market Report described home value growth as “trending up” in most large markets while inventory is “trending down,” suggesting a more competitive market is in the cards this winter. U.S. home values rose 1.2% from October and are now 19.3% higher than they were in 2020--a record high for any 12-month period this century. While monthly growth slowed nationally, it accelerated in 30 of the 50 largest metropolitan areas. If this trend continues, the market cooling over the past few months may be short-lived, resulting in an unseasonably warm winter housing market. 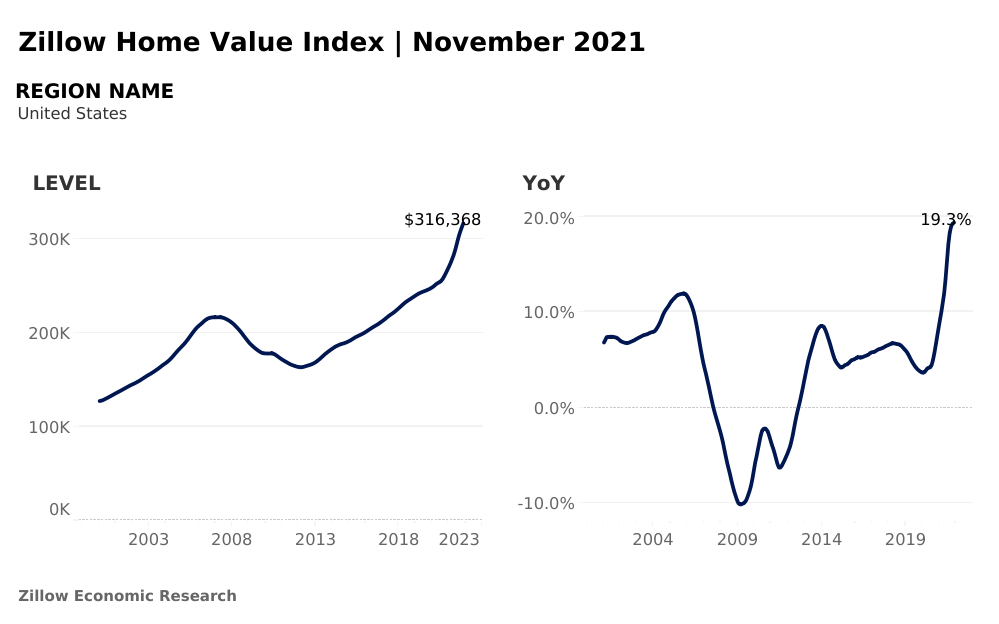 "Home buyers angling for a bargain this winter are finding the shelves nearly bare, as inventory has shrunk even faster than in a typical November," said Zillow Senior Economist Jeff Tucker. "Buyers will find some silver linings to this cloudy winter market, like fewer bidding wars and the typical home lingering longer on the market before the seller accepts an offer. But that's small comfort to buyers after a year in which prices have risen by almost 20%."

The fastest monthly home value growth was seen in populous metros including:

The slowest were found in:

A sharp dive in inventory is also likely to ramp up competition and potentially further boost prices in coming months. Nationally, the number of for-sale listings is down 6.1% from October and 17.5% from an already low level a year ago. Compared to the pre-pandemic housing market in November 2019, there are 37.8% fewer homes on the market nationwide. Inventory fell from October in all large metros for which data is available.

The inventory dip is especially noteworthy in the context of mortgage forbearance offerings, which have now expired for most borrowers who participated. The end of mortgage forbearance had been expected by some market observers to trigger a wave of forced sales from homeowners unable to make payments once they came due again. Judging by results thus far, the program has achieved its goal of keeping people in their homes.

While home values likely cannot continue to grow at this pace, their climb so far can be explained by market fundamentals that show no sign of reversing any time soon. Demographic realities will likely keep demand high for the foreseeable future, and there is no quick fix for the inventory crunch. Over the next 12 months, Zillow expects home values to rise 14.3%, which would be a significant slowdown from the current pace, but also would have been the highest annual growth in Zillow's records before June. Existing home sales are expected to end 2021 at 6.13 million—8.6% higher than 2020—and rise to more than 6.5 million next year.

Rent growth is also slowing as we get deeper into the typically slower winter season. The typical U.S. rent is up 15.2% year over year to $1,867, but monthly growth fell to 0.9%, marking the first month rent has grown less than 1% since March.

Rents are growing fastest in New Orleans, Miami, and Hartford. The typical rent dropped from October to November in seven markets, falling most in Buffalo, Minneapolis–St. Paul, and Virginia Beach.