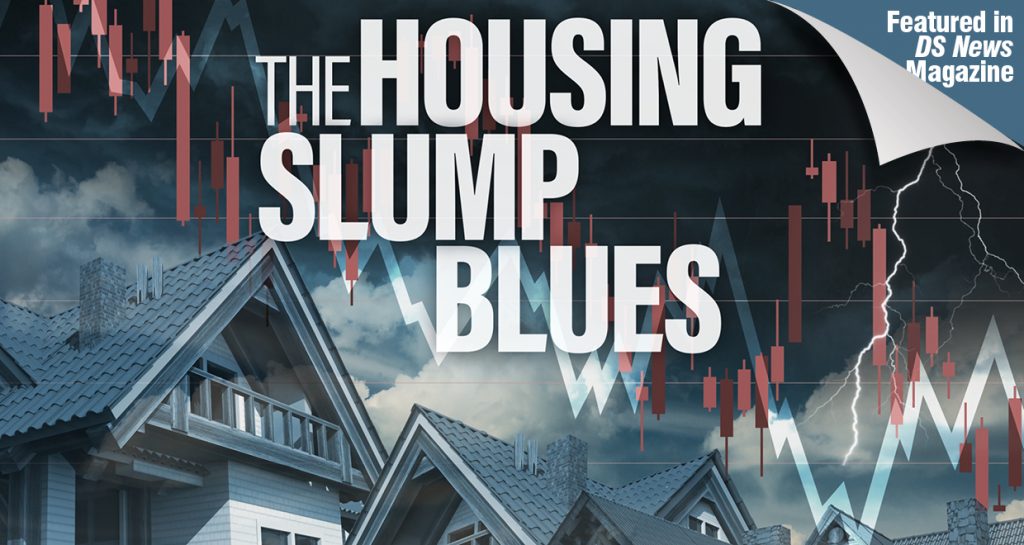 Fannie Mae’s Economic and Strategic Research Group released a report in October 2018 on the near-term future of the housing market. In it, the mortgage purchaser expressed skepticism relative to housing-market growth, saying the organization has “become more pessimistic” in the possibility of robust home sales prospects heading into 2019. The analysis in the Fannie Mae report aligns well with our assessment, as rising interest rates and declining sentiment (from both consumers and lenders) will likely leave the housing market in a stable, yet somewhat stagnant state in 2019

During Q3 2017, we saw an uptick of new mortgage originations, partly in response to the prospect of rising interest rates in the near future. The year 2018 ushered in a period of slow growth for new loan originations, as refinance had run its course and the housing market was slow to take off. Since that time, the Equifax National Credit Trend Report has chronicled a persistent decline in new mortgage originations, making 2018 a generally disappointing year for housing-market growth overall.

WHY IS THE HOUSING MARKET IN A SLUMP?

The answer is twofold. Homeowners who suffered during the financial crisis aren’t looking to repeat the mistakes of the past. Instead of purchasing a newly built mid- to upper-price tier home or condo, they are remaining in their existing homes due to affordability, perhaps opting to update or add-on. Likewise, older millennials, who likely graduated college at the height of the Great Recession, saw first-hand the toll of the housing crisis and want to ensure they don’t endure the same fate. In fact, as a demographic, millennials are waiting longer to buy homes in an effort to put more money down and own their long-term homes sooner. As such, while these buyers could probably afford to take the plunge into homeownership or move up to mid-tier homes, they tend to be more content in renting for longer or staying in their starter homes, further tightening the housing-market inventory.

The inventory squeeze in 2018 brought rising home prices, and high demand likely means a continuation into 2019. Home-price appreciation, coupled with stagnant wage growth and higher interest rates, is responsible for keeping many would-be buyers out of the mortgage process. Dwindling affordability, along with the lack of low- to mid-range housing inventory, bodes for a continued slowdown in home sales. The Atlanta Journal-Constitution reported that the Atlanta Realtors Association saw home sales decline by 10.3 percent, while RE/MAX Georgia, which covers more of the metro area, saw sales down a dramatic 15 percent. With the price of homes rising much faster than most incomes, many buyers were discouraged and chose to wait. The median sales price of a home in metro Atlanta is up 9.5 percent from a year ago, according to Atlanta Realtors. To exacerbate the issue, consumer sentiment in homebuying is showing a slight turn in a negative direction. September’s Fannie Mae Home Purchase Sentiment Index highlights a decrease in consumer sentiment, falling 0.3 points to 87.7 out of 100. Survey respondents claim they are less optimistic relative to mortgage rates, with household and job security as the reason behind the decline.

Why don’t we simply build more low- to mid-tier housing? Many factors, including the cost of and access to buildable land, lack of construction laborers, and the increased cost of materials makes building homes in the $100K–$300K range an unlikely investment for homebuilders in the next year. According to the National Association of Homebuilders (NAR), residential home construction employment peaked at more than 5 million in 2006, but in post-recovery 2016, it was just 3.8 million. The association noted that fewer than half of the construction jobs that existed before the financial crisis have yet to return, its workforce is growing older, and challenges persist in attracting younger talent to the field.

The August Construction Spending Report from the U.S. Census Bureau indicated construction spending increased slightly at 0.1 percent month-over-month and was 6.5 percent above the same period in 2017, totaling $1,318.5 billion. However, residential construction at a seasonally adjusted annual rate of $548.9 billion came in at 0.7 percent below the revised July estimate of $553 billion. We can expect the rising costs of steel and timber to tamper the likelihood we will see a large uptick in housing construction.

As we saw in late 2017 and throughout 2018, natural disasters continue to significantly impact the housing market. On the heels of the California wildfires and Hurricanes Florence and Michael, we can anticipate the impact of these types of events will continue to wreak havoc on an already-tight housing market.

According to Reuters, when Hurricane Florence hit North Carolina and South Carolina, home sales tumbled 13.7 percent. Both states continue to see their housing markets tighten as homes and rentals in the affected areas are increasingly hard to come by. Likewise, we saw homebuilding temporarily depress during the wildfire season, adding an additional burden to a constricted market.

However, once these disasters clear, home prices, in fact, rise. During the Redding, California fire, real estate appraisers estimated home prices would likely rise by as much as 10– 15 percent in a market made up of mostly three- to four-bedroom single-family houses. In the Carolinas, where Hurricane Florence triggered heavy flooding, there is great anticipation that homeowners will return and rebuild, which will keep up the pressure on an already-compressed inventory.

So, it’s safe to say that the lack of homebuilding and the threat of more serious natural disasters will continue to drive home prices up in the affected areas, further inhibiting those home buyers that are looking for houses in the low- to mid-tier price range.

THE FUTURE IS IN HOME EQUITY

Just as homeowners affected by storms leverage insurance funds to rebuild, they are also more likely to utilize a home-equity installment loan to make other improvements on their existing home. In light of rising interest rates, a small second mortgage for upgrades is often a better option than to refinance an existing mortgage issued at a historically low rate.

The Equifax National Credit Trends Report indicates that between January–July 2018 there were 469,400 new home-equity installment loans originated, representing a 7.8 percent increase from the same period in 2017; while 799,400 new Home Equity Lines of Credit (HELOCs) were originated, representing a 4.0 percent decrease. This indicates that homeowners are relying on lump sums at fixed interest rates, generally pointing to an uptick in renovations and rehabilitation. These findings also parallel a recent Zillow report that states that 76 percent of Americans would prefer to use a set amount of money to ensure their home will meet their needs rather than buy a new one. This suggests the market may see the number of home-equity installment loans rise as homeowners are content with their current mortgage interest rates and happy staying in their existing homes.

Lenders and servicers can expect the borrower pool to tighten. The borrowers who are ready to purchase will also tend to skew more toward identifying as “mobile-first” consumers, or “digital natives.” To remain competitive, companies will need to embrace the digital mortgage experience and automate their processes sooner rather than later.

Just as we saw with the introduction of Fannie Mae’s Day 1 Certainty, automation leads to faster processing times and cuts costs for both lender and borrower. In a competitive market like 2019, lenders must redefine what the origination process looks like. Borrowers will expect the ability to apply instantly online or on their smartphones without the hassle of providing traditional documentation like pay stubs, bank statements, and W-2 forms up front, and to engage in a process that causes a minimal interruption in their everyday lives. Lenders who achieve this and originate mortgages faster and more cost-effectively will be more successful in attracting and engaging borrowers, especially those used to mobile experiences.

Unfortunately, both younger millennials and mortgage lenders will likely continue to be at a disadvantage in 2019. The hesitance of existing homeowners to sell their properties continues to exacerbate an already-tight housing market, leaving first-time buyers without a supply of affordable homes to buy and lenders without home applicants to originate loans for. In all, we can expect 2019 to look very much like 2018.

Previous: The Self-Employed Housing Dilemma
Next: FHA Looks Ahead to 2019

Gunnar Blix is Deputy Chief Economist at Equifax. He oversees predictive analytics of consumer-credit trends and the consumer economy.

Jenn Henry is VP and Vertical Marketing Leader for Mortgage Services at Equifax. She is responsible for pricing, product management, product marketing, campaign management, and mergers and acquisitions.

In service as Acting Director of the FHFA since June 2021, former FDIC executive officially begins her term as FHFA Director after a 49-46 Senate vote.