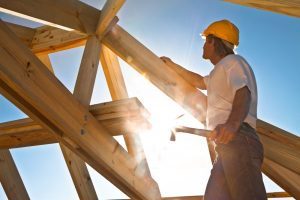 Single-family housing authorizations, maintenance, and remodeling have all decreased year over year according to the November 2018 BuildFax Housing Report [1]. BuildFax states that this is the first time since 2011 to see a decrease in all three categories, and notes that it could point to a potential market slowdown.

“More so now than in years prior, the compounding effects of natural disasters, scarcity in the construction labor market and recent tariffs have impacted housing growth – not to mention systemic factors, like rising mortgage rates, that influence consumer behavior,” said BuildFax COO Jonathan Kanarek. “While it’s natural to see some leveling off after steep growth, the next few months will be telling; whether a downturn is on the horizon or the market is simply softening is yet to be seen.”

According to Fannie Mae [2], the labor market is projected to be one of the highlights of the economic growth and with inflation around Fed’s 2 percent target, and Fannie Mae predicts that Fed will hike rates once more in December and two more times in 2019, despite rising market expectations of fewer hikes amid stock market volatility.

Consumer spending is likely to be the largest positive contributor that will drive growth and consumer confidence. Business fixed income, on the other hand, is expected to slow considerably by the third quarter and may also remain constrained due to higher tariffs, trade uncertainty, and rising interest rates and input costs.

The existing trade tensions between the U.S. and China and stock market volatility is among the most notable risks to the forecast, Fannie Mae stated.