Home / Daily Dose / Why Single-Source Vendors Could be the Future

Why Single-Source Vendors Could be the Future 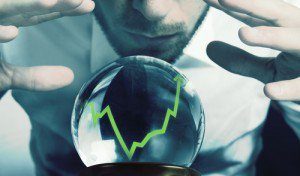 Delinquencies and foreclosures are about to make a comeback and single-source vendors are poised to the future for servicers, according to Altisource.

In “The State of the Servicer Industry in 2018,” the firm sees the combination of high home prices and oft-risen interest rates as a sign that servicers will soon see an increase in delinquency and foreclosure rates in their FHA portfolios.

And servicers seem to be aware of this “inflection point.” Nearly three-quarters of servicers Altisource surveyed said they expect their FHA portfolios to increase within the next two years.

FHA loans already have increased, after a wave of interest early this year from buyers with lower credit who capitalized on the FHA's Claims Without Conveyance of Title, or CWCOT, program's more lenient downpayment requirements.

With the upswing in FHA loans, though, comes the increased risk of defaults in FHA portfolios, especially as rates continue to climb. And while price escalation has been slowing down in the latter half of 2018, values remain out of reach for average and below-average earners in many markets, where wage growth has not necessarily caught up.

With the possibility of more defaults looming, servicers say they are overwhelmingly likely to take a single-vendor approach to managing multiple services. Nine in 10 servicers, in fact, told Altisource that they are strongly leaning towards a single-source vendor, with two-thirds citing efficiency and compliance management as the main reasons.

Single-source vendors are also an increasingly appealing option simply because of their prevalence. The sector grew as the housing market recovered from the crash and the glut of properties once maintained by small networks of vendors gave way to consolidated resources.

If there's a hangup for servicers, it's that they're having a lot of trouble finding single-source vendors they feel comfortable working with. Altisource says more than half of the servicers surveyed said they had trouble finding good vendors for trustee and auction services.

That said, 73 percent of servicers said they are using third-party as part of their CWCOT program, mostly because those vendors provide end-to-end services. But 57 percent say they wish the data analytics these vendors used were not as efficient or effective as they could be.

Previous: Why Prepayment Activities Have Declined
Next: Fannie and Freddie’s 2019 Goals

On May 6, join industry leaders at the virtual he Mortgage Industry Pandemic Summit to disciss the major operational challenges facing mortgage and real estate companies and the financial industry at a time when people are avoiding face-to-face contact during the COVID-19 outbreak.