Where Americans Are Most At Risk of Losing Homes

American homeowners and lenders, despite widespread foreclosure bans and forbearance programs, eventually will face a reality that could include a surge of foreclosures and evictions. Some areas of the country are at more risk of mass foreclosures than others. The data journalists at Visual Capitalist have created graphic maps and interactive charts to show the share of people in each state who are at most risk of losing their homes.

The researchers and editors utilized U.S. Census data which showed that of the estimated 17 million adults who are not current on their rent or mortgage payments, 33% of them could be facing eviction or foreclosure in the next two months. (The authors noted that, while this survey was conducted November 11-23, respondents’ interpretations of “the next two months” ranged between November 2020–January 2021.)

"Although people across the country face similar risks, Texas stands out with an estimated 718,000 people facing foreclosures or eviction," wrote researcher Avery Koop. "In fact, more than 7.1 million people in the state may be expecting a loss of employment income in the coming four weeks." 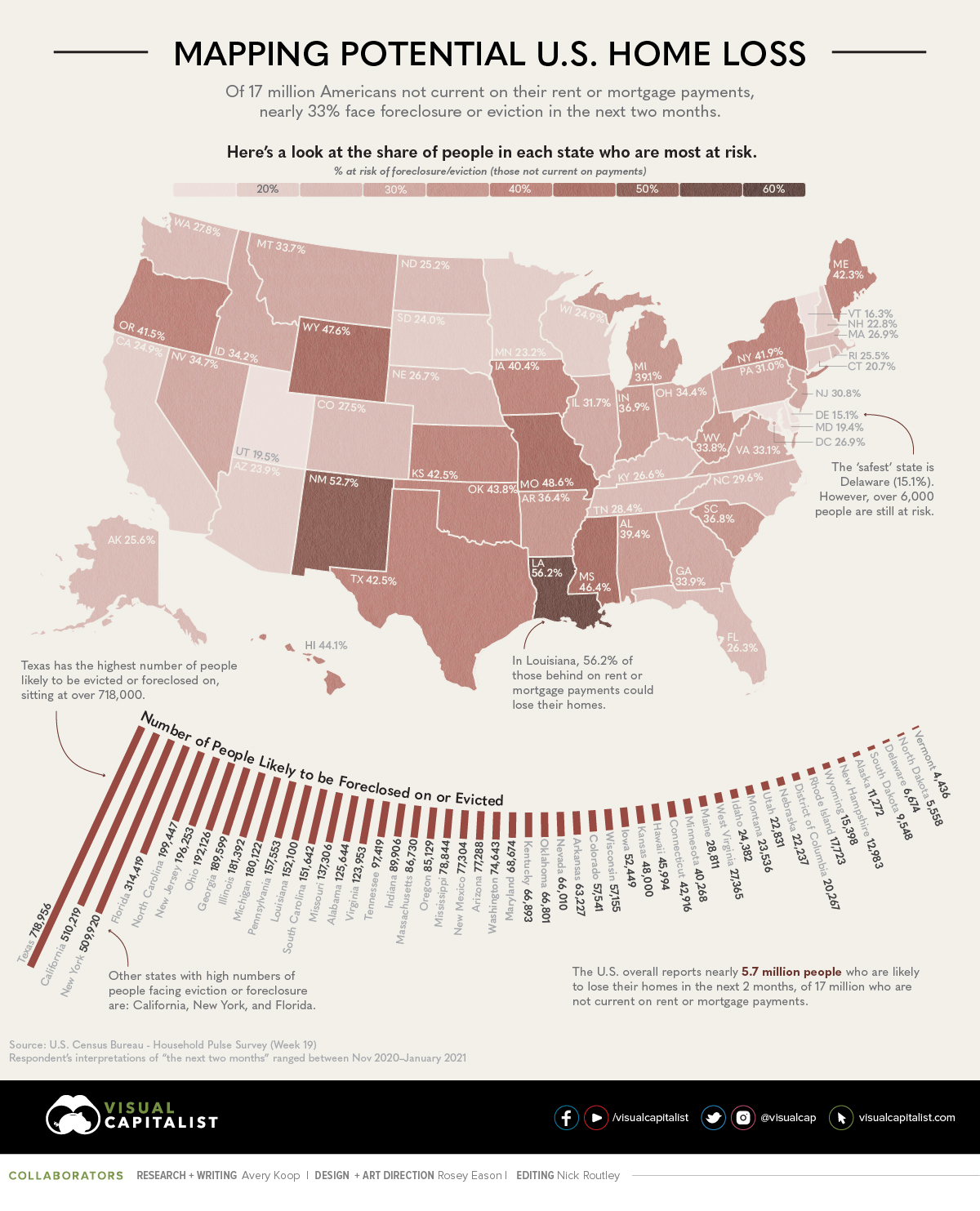 By metro area, those at highest risk of foreclosure include:

As for those at least risk, the study showed only a handful of metro areas—Delaware, Vermont, Maryland, and Utah—showed "relative housing security" for its residents in the coming months.

The full list of foreclosure-risk data by metro is available at visualcapitalist.com.