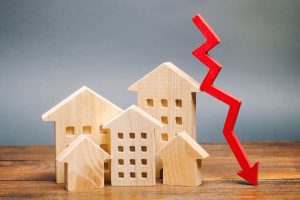 According to a new report from Redfin, the seasonally-adjusted number of homes for sale fell 18% year-over-year in November to an all-time low. This lack of the nation's housing inventory sent the median sale price up 15% to $383,100.

November marked the 16th consecutive month of double-digit price gains, and so far in December, there are no signs of the typical seasonal slowdown in price growth that generally comes with the close of Q4. Closed home sales and new listings of homes for sale both fell from a year earlier, by 6% and 9% respectively, and the average home sold for 0.6% more than list price.

"I wish I had better news for home buyers this holiday season, but in many ways the housing market is more challenging than ever," said Redfin Chief Economist Daryl Fairweather. "At least buyers have the benefit of low mortgage rates. But by next year, inflation may spread to more consumer goods. So even though our new year's forecast includes more listings and slower home-price growth, buyers may feel so pinched by other expenses that they have to reduce their housing budgets."

The median sale prices increased from a year earlier in all 85 largest metro areas, according to Redfin.

The smallest median sale prices increases were found in:

The largest median sale prices increases were found in:

Seasonally adjusted home sales in November were down 6% from a year earlier—a slightly less severe decline than the previous month. Home sales fell in 49 of the 85 largest metro areas that Redfin tracks.

The biggest sales declines were seen in:

The largest gains were in places where sales were still somewhat depressed, were:

Seasonally adjusted active listings—the count of all homes that were for sale at any time during the month—hit an all-time low in November, falling 18% year over year.

Only four of the 85 largest metros tracked by Redfin posted a year-by-year increase in the number of seasonally adjusted active listings of homes for sale, such as:

The biggest year-over-year declines in active housing supply in November were in:

Seasonally adjusted new listings of homes for sale were down 9% in November from a year earlier, on par with the decline seen in October. New listings fell from a year ago in 57 of the 85 largest metro areas.

New listings rose the most from a year ago in:

The housing market became less competitive in November than it was in prior months as homes spent longer on the market and were less likely to sell above list price. The typical home that sold in November went under contract in 22 days—nearly a week faster than a year earlier, when homes sold in a median 28 days, but up seven days from the record low of 15 days in June. 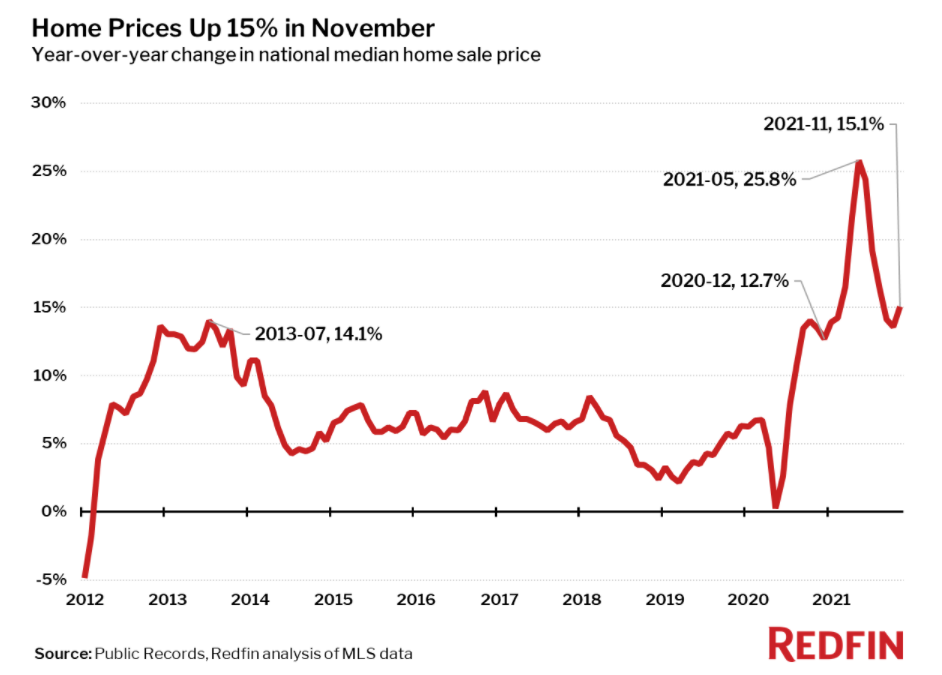 To read the full report, including charts and additional metro-level highlights, click here.