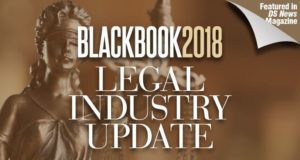 Editor's note: This story was originally featured in the January issue of DS News, out now [1].

In 2015, the Georgia legislature passed a bill on the witnessing of documents for recording in Georgia. The bill went into effect on July 1, 2015, applying only to documents executed after that date. Despite the passage of time, it is still the case that many documents important to lenders and servicers in Georgia are not being executed in accordance with the new requirements, which leads to delays in collection enforcement actions, including foreclosures. This is especially true for documents executed outside Georgia, which has become increasingly common as lenders and servicers have become more national operations.

The significant effect of this new language is that it no longer permits documents to be executed with two witnesses, with the notary then using a notary acknowledgment form. For reasons that are open to speculation, this method of witnessing and notary acknowledgment had become more common in Georgia in the last 15 years or so. But use of a notary acknowledgment form indicates that the notary actually did not witness the signing, and so this is now not a good practice, as the stated requirement in the revised statutes is that the execution of the document must be attested (witnessed) by the notary (an officer as provided in Code Section 44-2-15). Regardless, it is still not unusual to see documents executed in Georgia, especially assignments, that do not comply with the requirements, even after more than two years in effect.

An equally significant effect of the new language is how it may (or may not) interact with witnessing requirements for documents executed in states other than Georgia that are to be recorded in Georgia. For example, some states have statutorily prescribed notary acknowledgment language that makes it clear that the notary did not actually witness the signing of the document—and the problem is worse in states where there are varying opinions and practices regarding how much the statutorily prescribed acknowledgment language can be changed. In such states, less is better, so minor additions such as “notary witness” or “in my presence” or “who appeared before me” can do the trick. In other states, no witnesses at all are required by that state’s laws, only a notary acknowledgment. In these cases, a witness signature will need to be added, in addition to making modifications to the acknowledgment language to be sure it states that the notary witnessed the signing. These issues and potential conflicts probably can be worked out satisfactorily, but it does require understanding of the issues and requirements involved. Jon F. Young is an attorney in Weissman’s residential foreclosure practice. Throughout his career, Young has also advised and represented homebuilders, developers, lenders, and loan servicers on variety of matters.