Barney Frank served as a U.S. Congressman, representing the fourth district of Massachusetts, from 1981 to 2012 and occupied the chairman’s seat of the House Financial Services Committee from 2007 to 2011. He was instrumental in crafting some of the most sweeping  financial reform laws in history, including the Federal Housing Reform Act, the Mortgage Reform and Anti-Predatory Lending Act, and the Dodd-Frank Wall Street Reform and Consumer Protection Act. After 16 terms in Congress, he built his legacy as a champion of civil rights and financial reform, working tirelessly to reduce the federal deficit, build and preserve afordable rental housing for low-income Americans, and shift policymakers’ focus to our local communities. Ed Delgado is president and CEO of the Five Star Institute, DS News’ parent company. With more than 20 years’ experience in mortgage banking, he has hosted discussions with such global leaders as presidents George W. Bush and Bill Clinton, former New York City mayor Rudy Giuliani, and former U.S. Secretary of State Condoleezza Rice. He was previously COO of special servicer Wingspan Portfolio Advisors and SVP of government and industry relations for Wells Fargo Home Mortgage, where he represented the bank in D.C. before the administration, U.S. Treasury, the Federal Reserve, O ce of the Comptroller of the Currency, and Congress. He also spent nine years in leadership roles at Freddie Mac.

Congress’ response to the housing and financial crises came in the form of the Dodd-Frank Wall Street Reform and Consumer Protection Act—a bill 2,300 pages long, mandating 398 rule-making actions. Who better to convey lawmakers’ expectations of the legislation than one of the congressmen who lent his name to the bill? Offering the counter-perspective on its potential downsides is the man who’ll be squaring off with the law’s co-author at the Five Star Conference Compliance Caucus this month.

According to Barney Frank:

I am confident the worst practices of the past will not be repeated. Those mortgages that were almost sure to have a high percentage of default can’t be issued in the future.

There was a misconception, totally contradicted by the facts, that it was liberal Democrats that were pushing to get mortgages to people who couldn’t afford them. In fact, it was Democrats who thought people needed to be protected against that. In 1994, Congress passed a law to ... prevent those kinds of mortgages. But Alan Greenspan refused to use the authority because he believed in the market. He later acknowledged that was a mistake. In 2004, when Democrats tried to ban these loans again ... Republicans refused to do it. When we got the majority in 2007, we began the process again, and in the final reform bill, they’re banned and it means the worst won’t happen.

I believe one of the major causes of the crisis was the widespread practice of securitization that allowed people to make loans with almost no responsibility for whether they paid off, so we put into the law the concept of risk retention. When our bill went to the House, it said all mortgage loans should be subject to risk retention. But the Senate, working with mortgage brokers, said, “No, there has to be a category that’s exempt.” I was not happy with that, but you need 60 votes in the Senate, so you do what you have to.

Regulators now have two sets of rules to put forward. ... I know some people in the mortgage industry fear any degree of risk retention will be terribly negative. I’m led by that to wonder how we ever got mortgages in America 30 years ago and beyond, since at that point, people who made the loans still held them.

Now I will be honest, I hope there is a stronger level of requirements for [QM and QRM] than some in the industry want. ... I am confident the market will work, and I think people are capable of making loans which they have a high degree of confidence ... are going to be repaid.

The other issue that will affect mortgages wasn’t in the bill. We didn’t think it was possible to take on everything, so we deferred action on replacing Fannie Mae and Freddie Mac. ... The approach of the dominant Republicans ... is that

we should just abolish Fannie and Freddie and put nothing in [their] place. ... I have found an overwhelming consensus on the part of everybody in the business—the lenders, the homebuilders, the Realtors, the brokers—that if there is no type of protection, people will be very reluctant to make 30-year fixed-rate mortgages and may ... put the initial rate so high that [mortgages] become unaffordable.

The proposal the Obama administration put forward in 2010, similar to the approach from Sens. Corker and Warner, is to abolish Fannie and Freddie—which I think has to be done; it does not work to have a hybrid public-private operation— but replace [them] with some form of federal government guarantee. ... I think frankly it’s that one that will have more of an impact. If ... there’s simply an abolition of Fannie and Freddie and no replacement whatsoever, I think you will have a serious lack of [banks] willing to offer 30-year fixed-rate mortgages.

According to Ed Delgado:

Hyper-regulation is hurting consumers, Realtors, communities, and banks. In the wake of early implementations of many measures stipulated by the Dodd-Frank Act, consumers are not being protected, and financial institutions across the nation are suffering. This legislation places a slew of new regulations on the banks, in what is positioned as an effort to protect consumers and taxpayers; however, what is actually happening is quite different.

Financial institutions have been forced to ramp up new departments to meet the demands of regulators and government agencies, dramatically increasing the cost of servicing—a cost that invariably will be passed on to consumers. Additionally, with the new lending requirements, many banks are unable to loan money to prospective customers and businesses. This tightening of funds leads to less money flowing through the banking system, fewer homes being bought and sold, and fewer small businesses having the financing they need to thrive and create jobs.

I recognize the importance of financial reform, including within the mortgage banking industry; however, what our government is doing is not the way to go about creating an environment where our economy—and housing markets—will grow. Recently, the president outlined his vision for the future of housing. The cornerstone of his plan is to dissolve Freddie Mac and Fannie Mae, our nation’s largest mortgage providers, and put all the risk on the private sector, while increasing regulations. It is naïve to release the government of all risk while expanding its control of an industry.

Shifting all risk to the private sector is paramount to relieving the government of the responsibility of increasing and expanding homeownership across consumer sectors. The government has an intrinsic interest in building and maintaining a thriving housing market, and this cannot be replicated by forcing private sector lenders into offering what could be considered unattractive and risky mortgages.

At the same time, persecuting the banks— and I do mean persecuting—at a time when our financial institutions have been fully cooperative and have made numerous adjustments and changes to meet the new regulations is paramount to a witch hunt. Our nation’s financial institutions continue to work with homeowners, investors, and regulators to ensure we have a stable and responsible housing market. Yet, many regulations contradict one another, and the government has no system in place to reconcile the differences. Instead of working with the financial institutions on clarifying the rules and regulations, the government continues to attack and bully some of the biggest economic drivers of our nation’s financial system.

We must have our government leaders talking with our financial institutions to ensure we are all moving forward, not looking backward, and continuing to help our economy grow. Unfortunately, too many would rather debate the past.

Most put blame on the policies of the 2000s and Wall Street for the housing bust and recession. What they fail to recognize is the loosening
of the lending rules and the push to expand homeownership began well before 2001.

Encouraging homeownership is not a partisan issue. Homeownership is part of the American Dream, and we must have responsible housing policies and responsible regulations if we want our nation’s economy to thrive, not the hyper-regulatory atmosphere we are experiencing today.

Ed Delgado is President and CEO of the Five Star Institute, a leading mortgage banking association providing education and strategic services to the U.S. residential mortgage market. During his 25-year career, Delgado has held executive positions at Wells Fargo and Freddie Mac. While at Wells Fargo, Delgado played an integral role as a key representative to the U.S. Department of the Treasury, supporting the Bush and Obama administrations' efforts to develop mortgage solutions designed to prevent residential foreclosures in the U.S. Delgado was elected Chairman of the Office of the Comptroller of Currency Advisory Council, an independent working group, and is a current Board Member at Operation Homefront, a national 501(c)(3) nonprofit whose mission is to provide valued programs and aid to U.S. military veterans.

served as a U.S. Congressman, representing the fourth district of Massachusetts, from 1981 to 2012 and occupied the chairman’s seat of the House Financial Services Committee from 2007 to 2011. He was instrumental in crafting some of the most sweeping financial reform laws in history, including the Federal Housing Reform Act, the Mortgage Reform and Anti-Predatory Lending Act, and the Dodd-Frank Wall Street Reform and Consumer Protection Act. After 16 terms in Congress, he built his legacy as a champion of civil rights and financial reform, working tirelessly to reduce the federal deficit, build and preserve affordable rental housing for low-income Americans, and shift policymakers’ focus to our local communities. 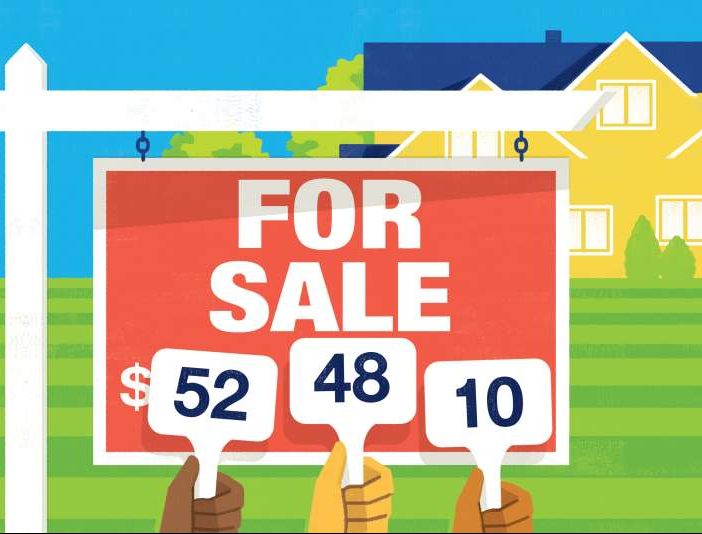