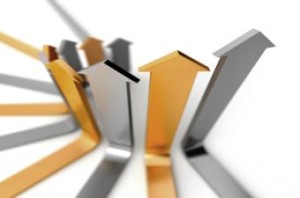 In a report [1] released by the U.S. Department of Labor [2], surveys found that total nonfarm payroll employment increased to 103,000 in March, while the unemployment rate remained unchanged at 4.1 percent, for the sixth consecutive month.

"In March, a net of 103,000 additional jobs were created, a slowdown from February, but still enough to make the 90th consecutive month of job growth,” said Danielle Hale, Chief Economist from Realtor.com. “Since October 2010, 17.9 million jobs have been added to the economy. But this weaker than expected job growth may lead to more fluctuations in the stock market as it recovers from this week’s potential trade war news.”

Hale goes on to project what this may mean for the housing and mortgage industry.

“Home prices continue to steadily increase, driven by demand and the overall strength of the job market. Unemployment remains low at 4.1 percent. As new workers join the workforce, there’s potential for even more demand to be added the housing market which could drive prices even higher. In March, listing prices rose 8 percent year-over-year and are easily on track to surpass last year’s highs.”

“The unemployment rate has remained flat for six straight months, and the average workweek held on to the increase in the prior month. Wages picked up during the month, but the year-over-year rise has held within the narrow band seen since late 2017,” said Doug Duncan, Chief Economist at Freddie Mae. “The 15,000 drop in construction employment—the weakest in three years—following the 65,000 gain in February—the strongest in more than a decade—supports the view that the February-March swing in hiring was likely weather-induced noise. Despite hiccups in some economic activity amid increasingly heated rhetoric on trade, our growth outlook and our call of three Fed hikes this year have not changed, though downside risks appear to be intensifying.”

In March, construction employment decreased by 15,000, following a large gain in February of 65,000. Nonfarm payroll employment grew in manufacturing (22,000), with the durable goods component accounting for nearly three-fourths of the jobs added, as well as healthcare (22,000), and mining (9,000) with gains reflective in support activities for mining and oil and gas extraction. Employment in professional and business services continued to trend up in March (up 33,000) and has risen by 502,000 over the year.