Gain in March Housing Starts Driven by Uptick in Construction 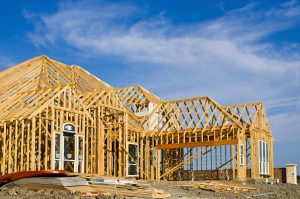 New residential construction data from the U.S. Census Bureau and the U.S. Department of Housing & Urban Development (HUD) for the month of March found that housing starts rose 0.3% month-over-month on a seasonally adjusted basis to a rate of 1,793,000 annualized units.

“Today’s new residential construction report from the Census Bureau showed housing starts rising 0.3% over the month of March on a seasonally adjusted basis to a rate of 1.79 million annualized units,” Doug Duncan, Chief Economist at Fannie Mae said. “This was modestly above our expectations, stemming from a larger than anticipated gain in multi-family starts, which increased 4.6% over the month. At 593,000 annualized units, the level was just shy of the recent peak set in January 2020 prior to the COVID outbreak. Other than that month, March’s multifamily starts pace was the fastest since 1986. Single-family starts were in line with our expectations, pulling back 1.7% after increasing by a revised 4.6% in February. Still, at 1.2 million annualized units, this was one of the stronger months of the past year.”

“The number of single-family homes authorized, but not started was nearly 15% higher year-over-year,” said First American Deputy Chief Economist Odeta Kushi. “Builders have a backlog of uncompleted homes to get through before they can break ground on new projects. In March, there were 811,000 single-family units under construction (SA), the highest level since 2006.”

“Builders continue to face supply chain disruptions that have pushed prices for building materials higher, as well as a shortage of skilled labor, materials, and lots that make it difficult to increase the pace of construction,” added Kushi. “In addition to supply chain disruptions, builders are growing concerned about declining affordability. In February 2022, the average 30-year, fixed mortgage rate stood at 3.8%, and now it’s above 5%. The increase in rates since February has reduced consumer house-buying power by $60,000.”

And while supply chain issues continue, the latest Producer Price Index (PPI) report from the Bureau of Labor Statistics found that the prices of goods used in residential construction rose 1.4% in March, following an upwardly revised increase of 2.2% in February, and 4.1% in January. This all results in an 8% jump in building material prices since the start of 2022. Building materials prices increased 20.4% year-over-year, and have risen 33% since March 2020 (the outset of the pandemic).

“With lumber costs trending down since early March, from about $1,300 to $890 per thousand board feet, construction companies continue to bet that market demand will remain viable,” noted George Ratiu, Senior Economist & Manager of Economic Research at Realtor.com. “To that end, builders hired more than 100,000 construction workers over the past 12 months.”