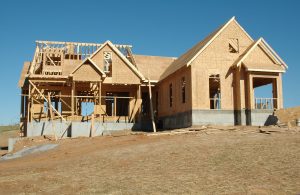 The U.S. Census Bureau and the U.S. Department of Housing and Urban Development have announced their new residential sales breakdown for March 2022, where sales of new single‐family houses hit a seasonally adjusted annual rate of 763,000. Sales were 8.6% below the revised February rate of 835,000, and 12.6% below March 2021’s estimate of 873,000 new home sales nationwide.

"New home sales slipped again, down 8.6% to an annual rate of 763,000 in March, following a drop in existing home sales, as the combo of high inflation and the Fed’s efforts to tame it pushed mortgage rates higher and reigned in housing demand,” commented Danielle Hale, Chief Economist for Realtor.com. “Even though the Fed only adjusted the target for short-term rates by 25 basis points in March, shifting expectations for more hikes in the near future caused mortgage rates to surge nearly one percentage point (91 basis points) over the month as investors realized that Russia’s invasion of Ukraine would not derail the Fed’s plans to raise short-term rates. Of note, February’s home sales tally was revised higher and now shows growth from one year ago, but March figures were down 12.6% from one year ago.”

As recently reported by the National Association of Realtors (NAR), existing-home sales experienced a decline for the second straight month in March, falling to a seasonally adjusted annual rate of 5.77 million, falling 2.7% month-over-month from February, while declining 4.5% year-over-year.

Continued supply chain concerns have caused home prices to rise as the National Association of Home Builders (NAHB) reports the latest Producer Price Index (PPI) from the Bureau of Labor Statistics found prices of goods used in residential construction ex-energy (not seasonally adjusted) climbed 1.4% in March, adding up to an 8% rise in building materials prices since the beginning of the year. Year-over-year, building material prices increased 20.4%, and have risen an average of 33% since the outset of the pandemic.

Leading the pack and most in demand was softwood lumber, which saw an increase of 6% in March, following a 2.6% increase in February, and 25.6% jump in January. As a result, the PPI rose a dramatic 36.7% in the first quarter of 2022. And since reaching its most recent trough in September 2021, the price of softwood lumber has nearly doubled, rising 90.4%.

“As we saw in the March construction data, builder confidence diminished as buyer demand is impacted by higher costs, and builders continue to struggle to complete homes under construction even as housing starts grow,” said Hale. “Reflecting the fact that demand for new homes still outstrips supply, completed new homes continue to sell quickly as buyers anxious to lock in a mortgage rate look to homes that offer the promise of a quick close. Completed homes were on the market just three months, a record low for March. Notably, a sizable pipeline of under-construction homes is likely to provide more options for home shoppers later this year. Many new homes may not yet be in the much-sought after, move-in ready condition, but they are coming.

In terms of inventory, HUD and the Census Bureau reported the seasonally‐adjusted estimate of new houses for sale at the end of March was 407,000 nationwide—a supply of 6.4 months at the current sales rate.

With mortgage rates steadily on the rise and recently eclipsing the 5% mark, more and more potential buyers are faced with the dilemma of jumping into the market now or simply waiting out the storm for rates to subside and continue to rent.

Even renters are feeling the crush of inflationary pressure, as Redfin reported that the median rent price rose 17% in March to $1,940, the largest annual increase since February 2020.

“Looking ahead, with mortgage rates and rents both climbing, this year’s movers are staring down higher costs whether they choose to rent or buy,” said Hale. “The median sales price of new homes continues to climb, up 21.4% to $436,700. Builders are trying to ramp up entry-level supply priced under $300,000, but they still lag behind last year’s pace, meaning that new homes are likely a viable choice for fewer first-time homebuyers. Only one in seven new homes sold in this price range in March compared with more than three in 10 sold in this range one year ago. Keeping a home search on track and under-budget will require focus from homebuyers and renters alike. Make a list of ‘must-haves’ and consider which ‘nice-to-haves’ can be adjusted to find more options to consider.”