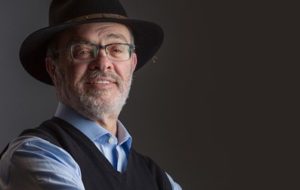 It was with great sadness that DS News reported on Friday morning the death of Robert Klein, Chairman and CEO of Safeguard Properties [1]. Klein passed away Thursday night at the age of 65. In addition to his work at Safeguard, Klein served as Founder and Chairman of SecureView [2], Founder and Chairman of Community Blight Solutions [3], and Founder and Chairman of RIK Enterprises. An industry innovator and passionate advocate in the battle against urban blight, Klein was also known behind the scenes as a kind and generous individual, active in charitable causes and rarely without his ubiquitous, instantly recognizable hat.

DS News reached out to industry professionals who knew and worked with Robert Klein to get their thoughts and recollections of a true industry giant.

"Innovator, leader, icon, trailblazer, advocate ... all fitting words that I've seen used to describe Robert Klein and the indelible mark that he has left on the mortgage industry," said Five Star Institute [4] President and CEO Ed Delgado. "Robert was all of those things and more. But his true greatness is born out in the things that we don't talk about: the depth of his personal kindness, compassion, and generosity, often expressed in secret, for the good of communities and homeowners."

“We toss around terms like ‘industry icon’ somewhat loosely, but in Robert’s case, it’s appropriate,” said Rick Sharga, EVP, Carrington Mortgage Holdings [5]. “It’s fair to say he was one of the individuals most responsible for turning property preservation and field services from an afterthought into an industry. I shudder to think how much worse things would have been during the peak of the foreclosure crisis had there not been companies like Safeguard.”

“I was Robert’s first client,” said Caroline Reaves, CEO, Mortgage Contracting Services [6]. “He was my first customer service role model. We later became competitors but remained close friends and had mutual respect. He will be missed.”

“Robert was a true innovator and icon of the industry,” said Jason Allnutt, General Manager, Auction.com [7]. “I will always remember his generosity and constant focus on the importance of family.”

Terry Smith, CEO, Rushmore Loan Management Services [8], told DS News, “I’m very saddened to hear about the passing of Robert Klein. I’ve known Robert for over 25 years. He was an industry icon and someone I modeled my own career around. As CEO of Safeguard, he was always accessible, and that’s the way I run my business at Rushmore Loan Management Company. I think that’s the key to success and you don’t find many people that do that anymore. That’s why Robert was so successful and admired by people in the industry.”

“I knew Robert probably 30 years,” said Bob Caruso, CEO, ServiceMac Subservicing [9]. “He was always a gentleman, always a salesman, and a great innovator. He tirelessly campaigned against blight, working to get old, ugly boards replaced with clearboarding. He was a true icon in the field services business. He will be missed.”

Many of those DS News spoke to highlighted Klein’s contributions in helping evolve and establish the property preservation industry and his tireless advocacy against urban blight. “Robert was out talking about blight and the problems associated with vacant and abandoned properties before it was a hot topic,” Sharga said. “He got to see that first-hand through his business, and rather than just observing it, he really set out to do something about it and lobbied hard from a political and industry perspective. Organizations like Five Star’s National Mortgage Servicing Association [10] have built on the momentum that Robert started.”

Klein’s personal generosity and kindness behind the scenes was cited by those interviewed just as often as his professional accomplishments.

Rushmore’s Terry Smith recalled reaching out to Klein for advice after Hurricane Maria devastated Puerto Rico last year. Smith called Klein to ask for help securing a plane to send relief to Rushmore’s office in San Juan. “I never expected him to say, ‘Terry, just tell me how much it costs and I will fund the majority of your efforts.’” Smith was able to send two relief flights transporting food, water, and supplies within days of the storm, thanks in part to Klein’s generosity.

“Robert was known as a fierce competitor,” Sharga said. “There was another side of him not many people got to see, and which he kept pretty private. He was as dedicated to charitable activities, to community activities, particularly the Jewish causes, as he was to growing Safeguard into an industry giant. He didn’t do it for the publicity. It was important to him and his heart was in it.”

Five Star’s Ed Delgado said, "He was a friend and philanthropist. Throughout the course of our relationship, when adversity struck our industry, Robert was among the first calls I would receive to ask 'how can I help,' often working in the background to ensure that homeowners were protected to the fullest extent possible. There will never be another exactly like Robert. I will miss him."