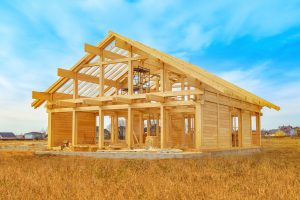 “New residential construction is running into noticeable headwinds as the Federal Reserve’s monetary tightening, while aimed at curbing runaway inflation, increasingly pushes borrowing costs out of reach for millions of buyers,” said George Ratiu, Senior Economist & Manager of Economic Research at Realtor.com. “With mortgage rates surging over 200 basis points in the past four months alone, many home shoppers are hitting a hard ceiling on their budgets and demand for new homes is waning as a result.”

“Today’s housing starts report is more evidence that the single-family market is slowing,” said Robert Dietz, Chief Economist and SVP for Economics and Housing Policy for the National Association of Home Builders (NAHB). “While single-family starts are up 4.1% on a year-to-date basis, we’re expecting flat conditions for the year and a decline in 2023 as housing affordability challenges in the form of higher mortgage rates and construction costs continues to worsen housing affordability conditions. Single-family permits are down 2.3% on a year-to-date basis thus far in 2022.”

According to the latest NAHB/Wells Fargo Housing Market Index (HMI), builder confidence in the market for newly built single-family homes fell eight points to 69 in May, marking the fifth consecutive month that builder sentiment has declined, and the lowest reading since June 2020.

“Homebuilder confidence fell for the fifth straight month in May, yet is still positive, and at about the same level as it was in 2019,” said First American Deputy Chief Economist Odeta Kushi. “Builders continue to face supply chain disruptions, rising input costs, and concerns that declining affordability is pricing out potential buyers, particularly first-time homebuyers, which are the most rate sensitive. Housing demand is softening, but that means more balance is coming to the housing market. The housing market of 2020 and 2021 was the exception, not the norm.”

“We expect new home construction to remain relatively strong compared to existing sales in the near term due to an ongoing backlog of orders from new homes sold but not yet started, attributable to the ongoing material and labor shortages that have caused builders to postpone projects and decline new orders,” said Douglas G. Duncan, Chief Economist at Fannie Mae. “Mortgage rates, now at their highest level in more than a decade, will likely take a larger toll on starts later in the year, which may be partially reflected in not only the 3.2% decline in permits, but also the National Association of Home Builders’ survey results showing significantly lower demand in May.”

“The increase in rates alongside rising house prices may prompt first-time buyers to pull back from the market,” added Kushi. “As this happens, house price growth will moderate and bring some much-needed balance to the red-hot housing market.”

Contributing to the affordability issue for buyers is lingering supply chain issues and continued high price of raw materials.

The Bureau of Labor Statistics’ latest Producer Price Index (PPI) found that the prices of goods used in residential construction climbed 0.5% in April, following increases of 1.9% and 2.4% in March and February, respectively. All told, these added up to an 4.9% rise in overall building materials prices since the beginning of the year. The cost of these materials is up 19.2% year-over-year, and have risen 35.6% since the outset of the pandemic. However, for builders, the price of lumber fell 15.6% in April, a bright spot which may take pressure off rising housing costs for buyers.

“The NAHB Market Index declined for the fifth consecutive month to the lowest level since June 2020 during the pandemic’s first wave, and the six-month outlook for buyer traffic shrank considerably,” noted Ratiu. “The silver lining for the industry is that lumber costs have been trending down, this week reaching nearly half of early March levels ($780 per thousand board feet).”