Home / D&I / Expert Insights: And Housing for All …

Expert Insights: And Housing for All … 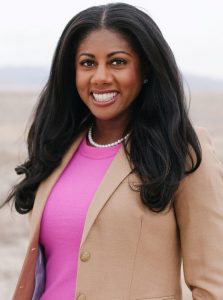 Tai Christensen is the Diversity, Equity & Inclusion Officer, and the Director of Government Affairs for CBC Mortgage Agency, a national down payment assistance provider, and has 17 years' experience in the mortgage industry. She has been a loan processor, the manager of a mortgage brokerage focusing on modifying loans for families facing foreclosure, and the manager of a law firm specializing in negotiating mortgage terms for families facing Trustee Auction dates. She can be reached at [email protected]

What does Juneteenth mean to you?
Christensen: For me, Juneteenth is a recognition of so many who were still considered property even after emancipation. While being enslaved as my ancestors were seems inconceivable to me, I also cannot imagine what it was like to be granted freedom by the president and yet still be forced into servitude, which is what happened in Texas.

Even after the Juneteenth, many slave owners in Confederate states didn’t want to give up their free labor. There were plenty of slave owners who refused to honor emancipation, and many freed slaves who tried to leave were actually killed. Juneteenth is a recognition of these souls’ lives, their contributions, and their heritage.

How did Juneteenth impact America?
Christensen: Juneteenth could arguably be viewed as the birth of a new country. It made basic human rights accessible to all people. It gave everyone, regardless of their skin color, a basic standard of dignity of life by recognizing that all people are created equal and entitled to the pursuit of happiness. Some call Juneteenth our nation’s second Independence Day.

Of course, Juneteenth didn’t solve everything for Black Americans. After emancipation came the rise of state-sponsored segregation and Jim Crow laws that would last for another century. In fact, there was a decline in Juneteenth celebrations during the Jim Crow era. All the same, Juneteenth was an important first step on America’s ongoing journey to becoming an evolved, inclusive, and mature country.

What was the impact on homeownership for the newly emancipated?
Christensen: The impact was significant. When the Union Army marched into Galveston, Texas on June 19, 1865, to enforce the Emancipation Proclamation, former slaves went from being property themselves to being allowed to purchase property. For some newly emancipated Black Americans like my ancestors, they were able to save and buy a home and begin building wealth, which has transformed their lives.

How did those purchases impact you and your family today?
Christensen: My great, great, great grandfather Henderson, who was enslaved at nine-years-old, was freed because of emancipation. He was very driven, and did everything he could to purchase real estate. When he died, he had 50 acres, and left a home to his eight children, so they could start building wealth of their own. Some of these properties are still in our family today.

So, would you say that after emancipation, every former slave could just pick up and start a new life as a free person?
Christensen: Unfortunately, it wasn’t that simple. Some former slaves, like my ancestors, were able to begin exercising their right to acquire property relatively quickly. For others, slavery on a plantation was the only life they ever knew. Their mothers worked on a plantation. Their grandmothers worked on a plantation. Their fathers were sold off when they were in their prime years. Everything they’ve ever had–food, shelter, clothing–had been provided by the slave owner. So, it wasn’t so easy to suddenly have to come up with these life essentials on their own. They were starting with nothing.

It's also important to remember that freed slaves in the South were subjected to the black codes, through which former Confederate states sought to exploit Black Americans as a cheap labor force. Some states even required Black people to sign annual labor contracts and forced them into unpaid labor if they refused to sign them.

How does Juneteenth play into National Homeownership Month?
Christensen: As part of the emancipation process, Juneteenth ultimately enabled former slaves to participate in capitalism, as their White counterparts have done since 1776. So, it could be argued that the Juneteenth holiday is a celebration of being able to purchase property and start a new life owning a rooted asset.

That being said, both Juneteenth and National Homeownership Month both serve as reminders that many Black Americans remain shut out of the American Dream. The percentage of Black Americans who are homeowners hasn’t improved much over the past half century since the passage of the Fair Housing Act. There is still a lot our industry can and should be doing to make homeownership more attainable for all Americans.