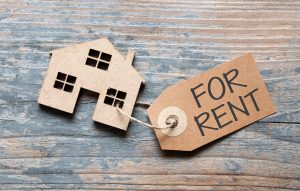 HouseCanary Inc. has released its first National Rental Report, an analysis of the first half of 2021 and first half of 2022, exploring the trends shaping U.S. single-family rental (SFR) market listings, including price and supply shifts across the nation’s top metropolitan statistical areas (MSAs).

The Report found that rent prices experienced a double-digit increase, as rents have continued to rise at the fastest pace in decades. At the close of the first half of 2022, the average national rent stood at $2,495.00, a 13.4% increase from the same period in 2021.

“HouseCanary’s new report highlights that throughout the first half of 2022, the rental market seems to remain impervious to a slowdown,” said Chris Stroud, Co-Founder and Chief of Research at HouseCanary. “Nationwide single-family detached listings continue to elicit strong demand across the country despite rent prices experiencing a double-digit increase year-over-year. Our analysis suggests that while coastal regions such as Florida continue to remain popular following the pandemic, renters are beginning to turn their attention towards regions such as the Industrial Midwest that offer both sufficient supply and affordability many people are seeking in the current market conditions.”

As Stroud mentioned, coastal regions in California and Florida comprised 80% of the 10 highest monthly rents across the country, with the Los Angeles-Long Beach-Anaheim, California region taking the top spot at an average price of $4,664 per month. On the other end of the spectrum, industrial Midwest states reported some of the lowest median rent prices in the first half of 2022, with Ohio MSAs boasting four of the 10 lowest monthly rents in the country. Other states in the region, including Michigan, Indiana, Illinois, and Wisconsin rounded out the list.

HouseCanary’s first National Rental Report tracked listing volume, new listings and median listing price information for 46 states and 142 individual MSAs. The data represents an aggregation and summary of all SFR listing records in the HouseCanary database, between January 2021 and June 2022.

“Home rentals have become more desirable in recent years as consumers have been priced out of home purchases, are unwilling to take on the financial burden of a mortgage, or are drawn to the flexibility of a rental,” said the Report. “However, renters hoping for relief in 2022 have been met with little solace as demand persists, prices for single-family homes have continued to grow and supply remains squeezed.”

According to the report, industrial Midwest states have emerged as one of America’s most popular SFR markets, with regions including Flint, Michigan and Fort Wayne, Indiana attracting significant out-of-state interest from people living in major cities like Chicago, New York, and Atlanta.

Also remaining popular in the SFR marketplace are Southern coastal regions such as Florida and Georgia, two regions that emerged as some of the hottest SFR markets in the U.S. during the pandemic. These regions, boosted by remote work and sunny weather, attracted those in the SFR market and second home buyers, who now had the ability to work-from-home, eschewing trips to the office for more space in the suburbs.