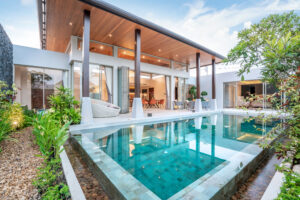 According to a new analysis by Redfin, sales of luxury U.S. homes and investment properties fell 28.1% year-over-year during the three months ending Aug. 31, 2022. That total marks the largest decline in a three-month-span recorded by Redfin in over a decade, eclipsing the 23.2% plunge that occurred when the onset of the coronavirus pandemic brought the housing market to a near standstill roughly two years ago.

“High-end-house hunters are getting sticker shock when they see the impact of rising mortgage rates on paper. For a luxury buyer, a higher interest rate can equate to a monthly housing bill that’s thousands of dollars more expensive,” said Redfin Chief Economist Daryl Fairweather. “Someone who was in the market for a $1.5 million home last year may now have a maximum budget of $800,000 thanks to higher mortgage rates. Luxury goods are often the first thing to get cut when uncertain times force people to reexamine their finances.” 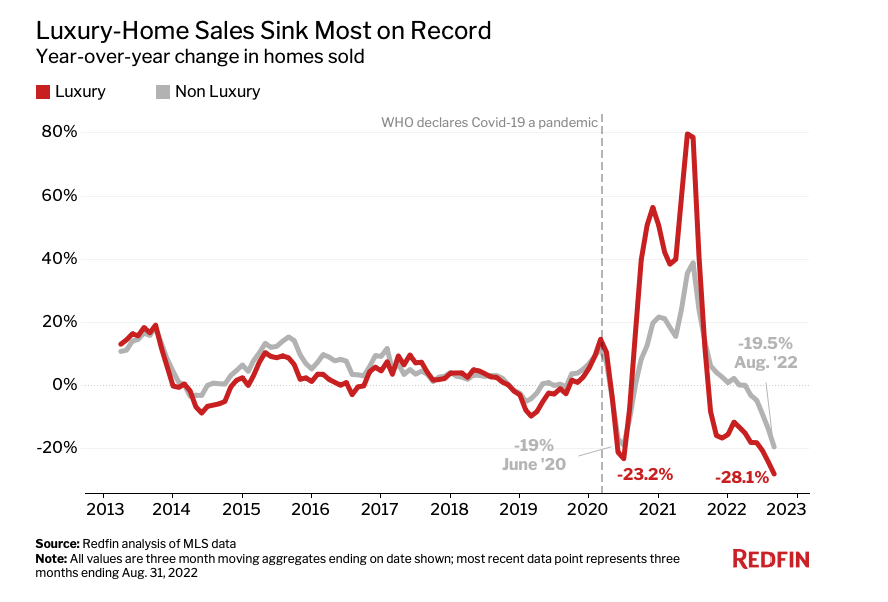 The rise in mortgage rates, as evidenced by Freddie Mac’s reporting last week that the 30-year fixed-rate mortgage (FRM) hit 6.29%, a 14-year high.

Expensive California markets are leading the drop in high-end-home sales, as in the Oakland region, luxury-home sales plunged 63.9% year-over-year during the three months ending Aug. 31, the largest decline among the 50 most populous U.S. metropolitan areas. San Jose and San Diego also experienced decreases of more than 55%. These markets have something else in common: they’ve seen larger declines in luxury listings than anywhere else in the country as sellers have backed off in response to ebbing demand. 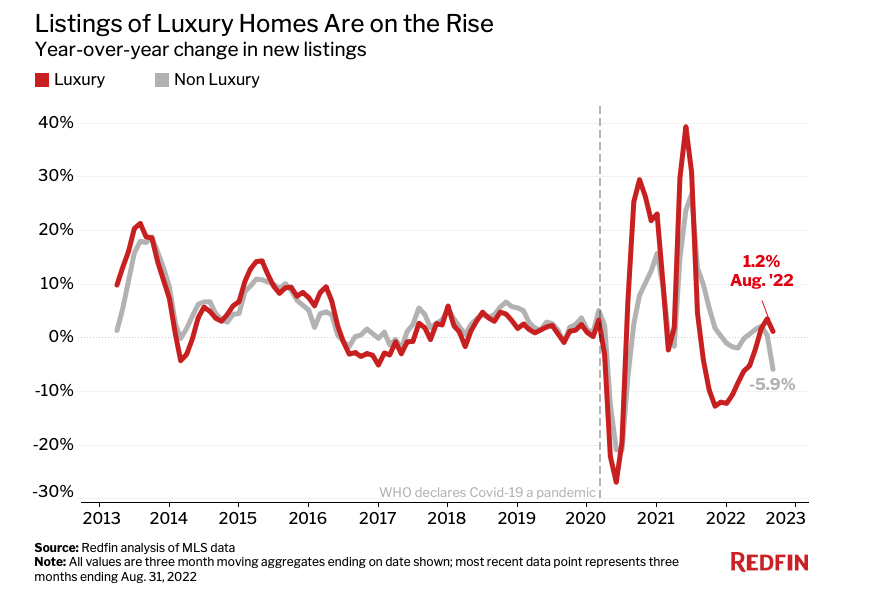 Previous: Predicting the Future of the Hispanic Housing Market
Next: Snapshot: How GSE Programs Have Helped Homeowners Since 2008