Bankruptcy Court Weighs in on Chapter 13 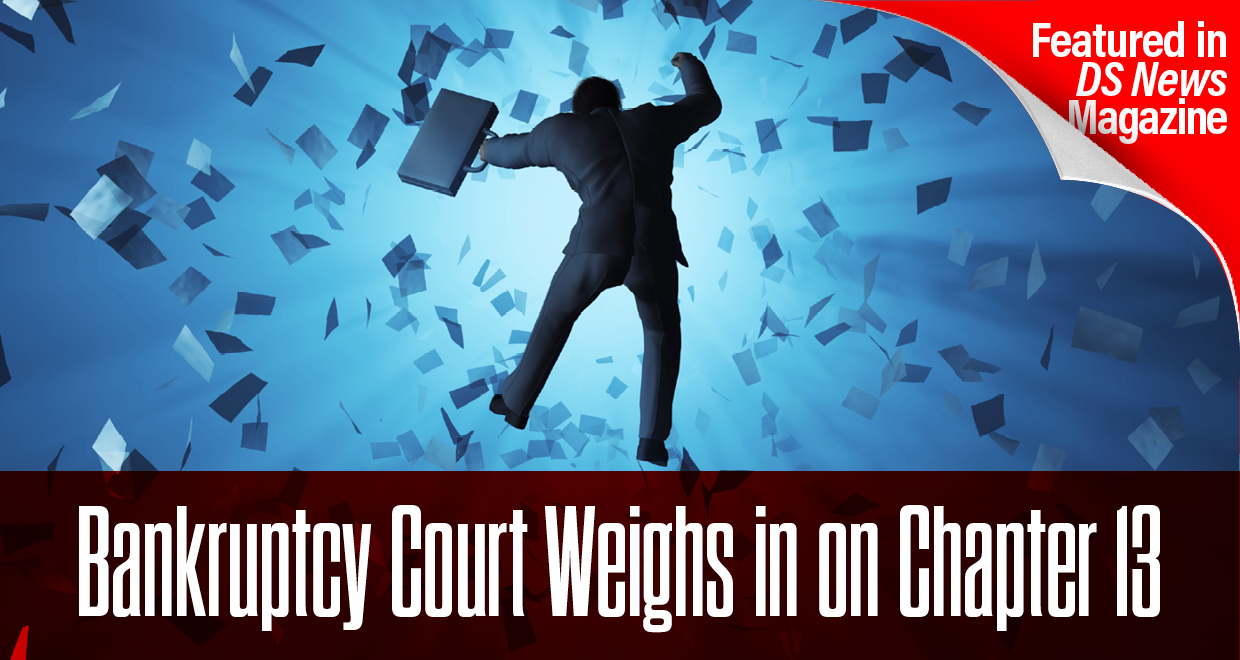 The United States Bankruptcy Court for the Southern District of Ohio issued an order in a Chapter 13 bankruptcy proceeding wherein it found the debtor’s mortgagee, HSBC, violated a bankruptcy rule when it sought to collect a past tax advance after the debtor’s debt had been discharged and the bankruptcy case closed. In re Dewitt, No. 11-36341, 2022 WL 4588320 (Bankr. S.D. Ohio Sept. 30, 2022).

In DeWitt, the debtor (Dewitt) sought to reorganize her debt via a Chapter 13 bankruptcy proceeding. She filed for bankruptcy protection in November 2011, made payments according to her plan for several years and received a discharge of her debts, including some past due amounts on her HSBC mortgage loan, in June 2017. Problems arose in 2018 when HSBC required DeWitt to escrow for past due taxes. Although DeWitt failed to pay property taxes in 2014, 2015 and 2017 (while her bankruptcy was pending), she believed the tax advances HSBC made on her behalf for these periods were either paid, waived, or discharged by the discharge order entered in June 2017.

Based on this understanding, Dewitt did not pay the monthly escrow amount HSBC said was due. HSBC considered Dewitt’s refusal to escrow for the past due taxes a default under the terms of the mortgage and sent a demand letter advising it intended to foreclose. When DeWitt failed to cure the alleged default, HSBC stopped accepting her monthly mortgage payments and filed foreclosure proceedings in state court. Dewitt’s repeated inquiries regarding the returned mortgage payments went unanswered. DeWitt answered the foreclosure complaint and filed counterclaims against HSBC for “wrongful foreclosure, attempted wrongful foreclosure, breach of contract, and breach of good faith and fair dealing.”

Dewitt also reopened her bankruptcy case and moved for an order of contempt and for sanctions against HSBC for its alleged “violation of the discharge order and other actions …” Dewitt explained that in May 2017, prior to entry of the discharge order, the bankruptcy trustee filed a Notice of Final Cure. The purpose of the notice was to provide HSBC an opportunity to notify the Court of any outstanding debt that Dewitt was required to pay. If HSBC incurred post-bankruptcy filing “fees, expenses, or charges” that were not already part of Dewitt’s repayment plan, HSBC was required to file a claim for those charges under Rule 3002.1(c). Although HSBC filed a claim for the second tax advance during the bankruptcy proceedings, it did not file claims for the first or third tax advances.

To make matters worse, upon receiving the Notice of Final Cure, HSBC filed a sworn response, under penalty of perjury, agreeing that the “Debtor was current on all post-petiton payments due, including all fees, charges, escrow and costs …” Thereafter, the trustee filed its Certification of Final Payment and Case History. Although HSBC could have objected to the certification based on the outstanding tax advances, it chose not to do so.  The Court also noted HSBC never requested an extension of time to file the 3002.1(b) response or submit an accurate showing that any amounts remained outstanding.

By way of explanation, HSBC stated that at the time the trustee filed the Notice of Final Cure, HSBC’s records reflected that the escrow balance of $10,253.86 (the total of the first and third tax advances) would be waived from the loan. However, at some point, ostensibly about a year after Dewitt’s bankruptcy was closed, HSBC “changed its mind” and decided Dewitt needed to escrow for payment of the third tax advance. HSBC argued that the time period (180-days) had not yet run for HSBC to file its Rule 3002.1 claim relating to that tax advance and that the bankruptcy was dismissed before the period expired. HSBC also contended that Dewitt’s reliance on HSBC’s sworn response that Dewitt was current was unreasonable since she had received letters indicating HSBC intended to escrow for the past tax advance. Lastly, HSBC argued the bankruptcy court did not have the authority to disallow fees provided for under the mortgage regardless of whether a 3002.1 claim was filed.

The Court rejected all these arguments and stated it was “hardly amused” by HSBC’s “excuse that it simply changed its mind.” The Court stated: “Rule 3002.1 is clear–creditors who intend to recover additional post-petition fees related to a … mortgage claim secured by the debtor’s primary residence must timely disclose these fees.” The Court elaborated “that Rule 3002.1 exists to prevent unexpected deficiencies in residential mortgage payments when a Chapter 13 case is completed and closed.” The Court explained that the bankruptcy provisions take into account the creditor’s contractual rights while balancing those interests with the debtor’s desire to escape the “pressure and discouragement of preexisting debt.”

The Court concluded that Dewitt was harmed by HSBC’s failure to file a claim under 3002.1(c) and by its failure to file an accurate response to the Notice of Final Cure Payment as required by Rule 3002.1(g). Dewitt was “forced to defend a state court foreclosure action and to reopen her bankruptcy case to assert her rights.” The Court held Dewitt was entitled to sanctions against HSBC for its violations of 3002.1 and reserved jurisdiction to determine the type and amount of the sanctions award. It still remains to be seen whether Dewitt will be entitled to damages for her counterclaims filed in the state court foreclosure proceedings. Stay tuned.

Previous: The Role of Title in the SFR Market
Next: Industry Survey: Personnel Costs Driving Up Mortgage Overhead

Joel Jensen is a Bankruptcy Attorney at Diaz Anselmo & Associates P.A. in Covington, Kentucky. For a period spanning two decades, Joel has concentrated his practice in the representation of banks, lenders and mortgage servicers in the areas of bankruptcy and bankruptcy litigation in cases arising under Chapters 7, 11, 12 and 13 of the Bankruptcy Code. He is admitted in all Federal Courts in Ohio, Kentucky and Indiana, as well as the United States Court of Appeals for the Sixth Circuit. He is licensed to practice law in Ohio and Kentucky. He has provided counsel and advice to mortgage lenders and servicers for many years concerning the many changes to bankruptcy statutes and rules that have occurred. He has served a judicial law clerk for a Federal District Judge in the Southern District of Ohio. Joel is a life member of the Judicial Conference of the United States Court of Appeals for the Sixth Circuit. He has a wide background of legal experience that he can bring to bear to solve legal problems and assist clients to comply with the law.