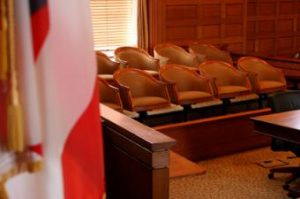 The Consumer Financial Protection Bureau has filed an en banc petition [1] with the U.S. Court of Appeals for the District of Columbia over the court’s ruling last month [2] that the Bureau’s structure is “unconstitutional” in the PHH Corp. lawsuit.

PHH Corp., a New Jersey-based mortgage lender, had challenged a $109 million penalty handed down by CFPB Director Richard Cordray, becoming the first organization to challenge an enforcement action handed down by the CFPB. On October 11, a three-judge panel made the ruling in the D.C. court. The court’s ruling gave the President power to remove the CFPB’s director at will.

The en banc petition filed by the CFPB means that the Bureau is seeking to have the entire court rehear the case.

“This decision conflicts with Humphrey’s Executor v. United States, 295 U.S. 602 (1935), which has long been understood to “bless Congress’s creation of the so-called ‘independent’ agencies where at least one individual is appointed by the President to a full-time, fixed-term position with the advice and consent of the Senate and has protection against summary removal by some form of ‘for cause’ restriction on the President’s authority,” the petition said.