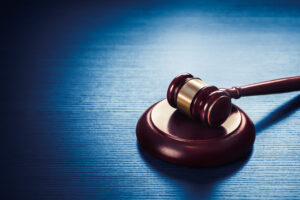 In Henderson, a unit owner (Henderson) sued Parkland Condominium Association (the Association) when her condominium unit was damaged by a water leak. The parties engaged in court mandated mediation and reached a settlement agreement that “included all essential terms” of the parties’ agreement and which their attorneys reduced to writing.

On appeal the Second DCA affirmed, although for a different reason. The DCA explained the parties’ agreement “likely” would have been “binding and enforceable” had it been reached outside of mediation. However, the Court concluded it was “constrained” to a different result based on the plain and unambiguous language of Florida Rule of Civil Procedure 1.730(b) which reads in pertinent part: “If a partial or final agreement is reached [at mediation], it must be reduced to writing and signed by the parties and their counsel, if any.” Fla. R. Civ. P. 1.730(b). The Court held that since the parties reached an agreement at court-mandated mediation but failed to sign the settlement agreement, it was unenforceable.

The Court’s conclusion in this regard is not surprising, but the effect of this holding will vary depending on which side of a motion to enforce one lies. In the interest of efficiently resolving disputes our recommendation would be that all mediated settlement agreements fully comply with the simple requirements of Rule 1.730. If parties to litigation agree to spend the time and money associated with mediation, the ideal result is a mutually agreeable and binding settlement agreement.

Previous: The Week Ahead: What Lies Ahead for Loss Mitigation
Next: Analyzing Q3’s Most At-Risk Housing Markets