Amid Optimism for America, Obama Fails to Mention Housing Policy 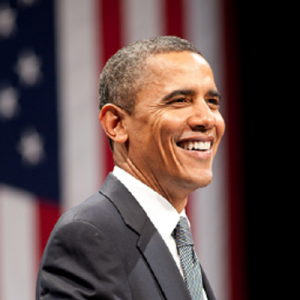 In his final State of the Union Address Tuesday night, President Barack Obama spoke of the progress the country has made economically and the programs he believes the country needs to embrace in the years to come in order to make more progress.

To close his speech, President Obama boldly declared that “The State of the Union is strong” as his second term winds down. While the president did briefly mention the financial crisis during Tuesday's speech, however, one crucial element of economic recovery was noticeably absent from his speech—housing policy.

After barely glossing over it in last year's speech, when he mentioned only the then-recent reduction in FHA mortgage insurance premiums, President Obama did not mention housing policy at all in Tuesday night's address, nor did he even approach the subjects of homeownership, mortgage credit availability, or building wealth through home equity, which has been touted as a key to saving for the future.

The president did touch on economic and job growth early in the hour-long speech, saying that “The United States of America, right now, has the strongest, most durable economy in the world. We’re in the middle of the longest streak of private-sector job creation in history. More than 14 million new jobs; the strongest two years of job growth since the ’90s; an unemployment rate cut in half.”

Republicans have been skeptical of the economic progress the Obama Administration claims to have made during the president's seven years in office. Rep. Bill Flores (R-Texas) tweeted on Tuesday, “The labor force participation rate is near an all-time low that we have not seen since the 1970s—62.8 percent.” Newly installed Speaker of the House Paul Ryan, who sat behind the president as he delivered his speech, tweeted on Tuesday, “Our economy is weak. Wages are stagnant. 45 million people are living in poverty. This is not good enough, Mr. President.” Rep. Jeb Hensarling (R-Texas), Chairman of the House Financial Services Committee, was even more concise with his assessment, tweeting, “If tonight is the president's victory lap, it should be the shortest speech in history.”

Our economy is weak. Wages are stagnant. 45 million people are living in poverty. This is not good enough, Mr. President. #LastSOTU — Paul Ryan (@SpeakerRyan) January 13, 2016

And in the Republican response to the State of the Union address which was broadcast immediately following the president's speech, South Carolina governor Nikki Haley said, "As he enters his final year in office, many Americans are still feeling the squeeze of an economy too weak to raise income levels. We're feeling a crushing national debt, a health care plan that has made insurance less affordable and doctors less available, and chaotic unrest in many of our cities.”

Despite all the criticism about overblowing or exaggerating the extent of the country's economic recovery, Obama said, “Anyone claiming the American economy is in decline is peddling fiction.”

Housing, and homeownership in particular, is one area that will be a key to the future economic health of the nation—just as it played such a large role in the financial collapse and subsequent Great Recession in 2008. And while default metrics are way down and even approaching or lower than pre-crisis levels, the homeownership rate in the U.S. is at its lowest point in nearly five decades, and mortgage credit has become less available to Americans instead of more available in the years since the crisis.

Obama did not mention any of this in his address on Tuesday. Will he attempt to address any of the country's homeownership issues in his last year in office? The industry hopes so.

“I congratulate President Obama for his efforts leading our country over the course of two terms in office,” said Ed Delgado, President and CEO of the Five Star Institute. “He has had several successes in his tenure and did what was necessary to affect calm in the economy—but there is a degree of uncertainty regarding the future of homeownership in the United States.”

“The housing sector of the economy, in particular, needs to be re-evaluated. Although the housing market made strides this past year, the homeownership rate now stands at the lowest level in 48 years, millennials are saddled with $1.3 trillion in student loan debt, and job prospects for recent grads are bleak. As such, President Obama’s efforts on the housing front cannot be counted as a victory. There now exist barriers  of entry for homeownership among first-time homebuyers, millennials, and minorities.”

While the president has viewed his policies as the driver of economic growth and success, some expressed concern about overregulation, particularly for the mortgage industry. Rep. Jeb Hensarling stated, “Since Dodd-Frank became law, we’re losing an average of one community financial institution per day under the sheer weight, volume, and complexity of Dodd-Frank’s 400 regulations—making it harder and harder for Americans to buy a house or get a loan to start a small business.”

According to Delgado, “Instead of resolving homeownership issues on a broad scale while introducing fair and responsible solutions designed to expand the promise of homeownership, government officials have instead overregulated the industry and measured the success of recovery based upon the size of fines and penalties assessed, Bottom line—it is harder today than at any time in recent history to get approved for a mortgage loan—a condition amplified buy a burdened industry reeling from reform and restriction.”

Delgado continued, “Not enough was done to create a lasting solution to bolster homeownership in the U.S. What the Obama Administration did was provide a temporary feel good solution, not a long term right solution.”

Previous: Home Prices Slip on the Oil Slide
Next: Consumer Expectations Are Lower Across the Board