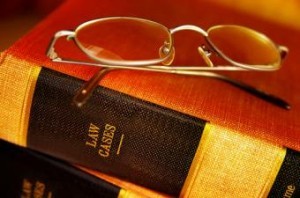 The Royal Bank of Scotland (RBS) announced Thursday it plans to set aside an additional $3.8 billion in preparation to settle claims in the United States that it sold toxic mortgage-backed securities (MBS) leading up to the 2008 financial crisis. The bank made the provision public well ahead of its Full Year 2016 results announcement set for February 24.

The announcement adds more fuel to the fire of speculation that the bank will soon reach a settlement regarding the claims against it. The British-based bank was one of 18 financial institutions sued by the by the Federal Housing Finance Agency (FHFA) in 2011 to recoup U.S. taxpayer costs following the government's $187.5 billion bailout of Fannie Mae and Freddie Mac in 2008.

The suit against RBS is the last case not resolved through trial or settlement: 16 settled for a combined total of about $17 billion, while Nomura Holdings went to trial in March 2016. Nomura was found liable for deceiving GSEs in the sale of $2 billion of mortgage-backed securities, and was ordered to pay $839 in penalties. Nomura has since appealed the verdict.

"Putting our legacy litigation issues behind us, including those relating to RMBS, remains a key part of our strategy,” said Ross McEwan, CEO of the UK-based bank. “It is our priority to seek the best outcome for our shareholders, customers and employees."

Business Insider [1] reports that the new provision makes it unlikely RBS will post a profit for 2016, the ninth straight year the bank has failed to do so.

“RBS continues to cooperate with the US Department of Justice in its civil and criminal investigations of RMBS matters, and RBS considers it appropriate to take this provision now in relation to those investigations as well as other RMBS litigation matters,” the bank said in its statement issued Thursday. “The duration and outcome of these investigations and other RMBS litigation matters remain uncertain, including in respect of whether settlements for all or any of such matters may be reached.”

The statement went on to say “further substantial additional provisions and costs may be recognized” in the future and that other adverse consequences may occur.

The bank previously reached a final settlement with the National Credit Union Administration [2] Board in September 2016 for $1.1 billion due to other MBS related sales.

RBS previously agreed to pay $99.5 million to settle a separate FHFA suit claiming that the bank sold more than $2 billion worth of faulty MBS to Fannie Mae and Freddie Mac between 2005 and 2007.