Some market analysts have pointed to looser lending standards as the reason why unqualified buyers received mortgages before the housing crash. However, a recent research paper detailed that banks’ “looser lending” policies were also geared towards construction firms.

The research paper, titled Economic Growth and Financial Statement Verification and written by MIT Sloan Assistant Professor Andrew Sutherland, discussed the position banks played in the financial crisis of 2008 in other industries in relation to the construction industry. The paper sources a study using previously unreleased banking industry data on loans to the U.S. construction industry from 2002 to 2011, which found that banks cut standards significantly and exposed them to default and outright fraud.

Information used in the paper was obtained by researchers who found financial data on borrowers and lenders from the Risk Management Association and compared lending standards banks used for construction industry firms with the standards applied to firms in the mortgage industry. Researchers found that banks relaxed standards significantly more for construction firms, the paper stated.

In the wake of the Dodd-Frank executive order, the paper discusses risk management and regulatory compliance within the mortgage banking sector.
Former House Representative Barney Frank (D-Massachusetts) and author of the Dodd-Frank act spoke to DS News on February 3, stating that Trump's latest executive order confirms his suspicions that he has no intention of maintaining strong regulatory controls over the financial industry.
"He's not worried about a repeat of 2008," Frank said. "I think this is just confirmation that he believes we shouldn't regulate the financial industry. Instead, he's going to make people in business very happy."

Sutherland stated that although additional policies have been put in place since the crisis, it is imperative that regulators “remain cognizant of how lending standards vary over an industry’s economic cycle.”

"When times are good, banks often cut their lending standards, and we can see the consequences. Many banks in our study either failed or required massive capital injections," he said.

The research paper will be published in the Journal of Accounting Research. 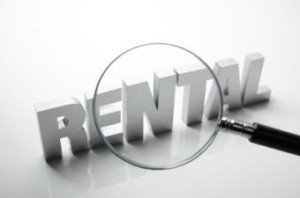 Several reports have identified the needs of renters amid a nationwide pandemic. Now information is ...