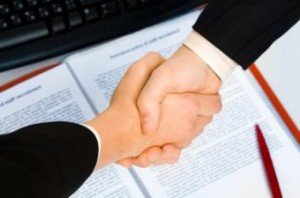 Seattle-based Zillow Group, Inc., which houses a portfolio of the real estate and home-related brands on mobile and web, announced Rich Barton, who co-founded Zillow in 2005 and served as the company’s CEO until 2010, has been named the new CEO.

Barton has been Executive Chairman since stepping down as CEO. Co-founder of Zillow Group Lloyd Frink will now become executive chairman. Co-founder Spencer Rascoff will remain on Zillow Group’s board of directors. Rascoff has led Zillow Group as CEO from 2010 through its IPO, overseeing 15 acquisitions and growing the company from 200 employees to more than 4,000. Under his leadership, Zillow Group has consistently been recognized as among the best companies to work for, and its annual revenue has grown from $30 million to $1.3 billion.

Barton, who also founded Expedia in 1994 and co-founded Glassdoor in 2007, and Frink have remained active executives of Zillow Group since the company was founded. These changes come at a time when Zillow Group is dramatically expanding the scope of its business, entering into buying and selling homes, mortgage lending and other services intended to make real estate transactions easier and more seamless for consumers.

“We created Zillow Group in 2005 to make the real estate shopping and purchase process easier,” Barton said. “Much of our original dream is just now becoming possible. We are at an inflection point in this quest, and the time is right to shuffle leadership seats. I am excited to be back as CEO. I am incredibly grateful to Spencer for the indefatigable leadership that got us to this point, and I am happy we will benefit from his continued support and counsel as a board director.”

“Leading Zillow Group through its tremendous growth has been one of the most rewarding experiences of my life,” Rascoff said. “I couldn’t be prouder of the team and what we have accomplished together, and I will continue my deep involvement with Zillow Group as a board director and major shareholder. The company is well-positioned for Rich to now take the wheel as CEO through its next phase of growth."